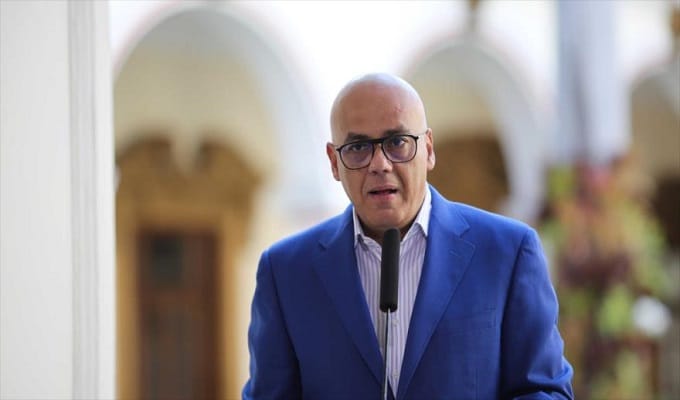 The Venezuelan Government has announced that socio-economic demands will be an important element of its agenda for the second round of talks with the opposition in Mexico.

“We will arrive with some well-defined proposals, particularly focused on the economic and social aspects, and on the services provided to Venezuela’s people,” said the president of the National Assembly (AN), Jorge Rodríguez, on Wednesday, September 1.

In this context, he stressed the importance of freeing up funds that are blocked abroad—meaning Venezuelan money in international bank accounts—in order to supply the needs of the people.

Rodríguez, who heads the government commission in the dialogue, insisted that internal problems must be resolved by Venezuelans themselves, and attacked the opposition sector for going to the United States authorities and opening the door for their interference in the domestic affairs of the South American country.

“One of the things that has done a lot of damage, even to the internal development of the Venezuelan opposition’s policy, was being at the mercy of, and constantly requesting permission from, officials of the United States government,” he said.

The Bolivarian Government and the Unitary Platform, representing elements of the extreme-right opposition united in the G4, will restart the negotiation process that began in August. The first phase concluded with agreement upon a Memorandum of Understanding that guarantees peace. This Friday, September 3, representatives of the two groups will meet in Mexico for the second round of talks.

These conversations seek the lifting of illegal sanctions against the Venezuelan economy, the recognition of legitimate and constitutional authorities, and the cessation of acts of violence and conspiracy by the right, according to Caracas authorities.

Previously, the Venezuelan head of state, Nicolás Maduro, had confirmed his government’s willingness to take part in the dialogue process with the opposition in an “autonomous and independent” manner in Mexico, stating that dialogue is the best way to build a united patria, and to achieve reconciliation in the Bolivarian Republic of Venezuela.