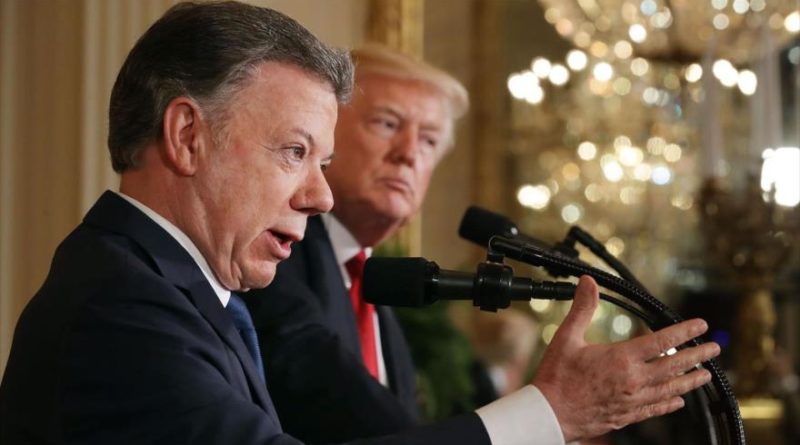 Colombian former president Juan Manuel Santos believes that a US military intervention in Venezuela will cause that country and Colombia to be enemies for generations.

“Colombia is the country that would suffer most with a military intervention because that would put us with Venezuela in a situation of enmity for generations” the Colombian ex-president (2010 and 2018) warned on Friday during the first day of the ‘Hay Festival’.

Santos also said that a US military intervention would unleash “a second Vietnam” for the United States and warned that the president of Venezuela, Nicolás Maduro, is much stronger today than a year ago.

According to Santos, in Venezuela there are “100,000 militiamen armed with AK47s” and that will hurt Colombia the most in the case of a military adventure. He also warns that killing Maduro, or taking him out of power, will be “a scar in Latin American relations that will take generations to heal,” and won’t solve the problem.

And that is why he proposed that the government of Iván Duque look for channels of dialogue with Nicolás Maduro to find a solution and maintain peace in the region.

On September 23, Maduro accused Colombia and the United States of plotting different plans to assassinate him and he specified that there were at least 10 failed attempts to end his life.

The Venezuelan head of state was attacked in August 2018 by unmanned aircraft (drones) when he gave a speech to a military parade on the occasion of 81 years since the creation of the Bolivarian National Guard (GNB).

Due to the increase in tensions between Colombia and Venezuela, on September 10 Venezuela carried out military maneuvers on the border with Colombia.

In these maneuvers Maduro stressed that the Bolivarian National Armed Forces (FANB) is prepared and armed to defend the country’s sovereignty from foreign threats.
mag / nii

Featured image: Then president of Colombia, Juan Manuel Santos (left), and his U.S. counterpart, Donald Trump, at the White House, May 18, 2017.