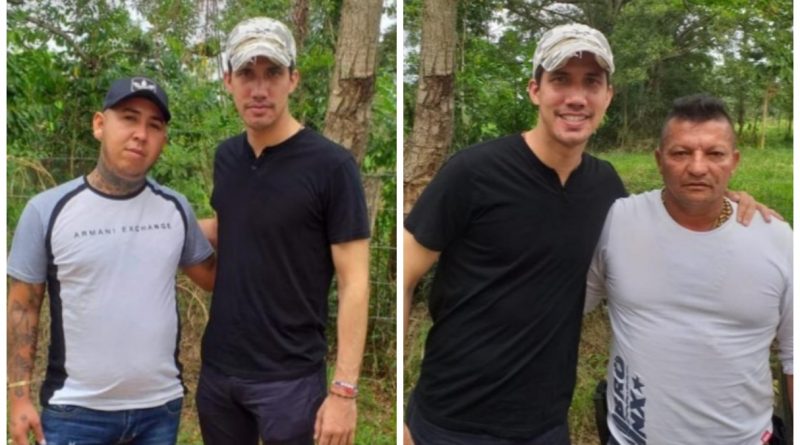 The Cúcuta Police, North of Santander (Colombia), confirmed to the newspaper “El Espectador”, that the two men who appear in photographs with the self-proclaimed “president in charge” of Venezuela, Juan Guaidó, are drug traffickers and paramilitaries Jhon Jairo Durán Contreras, alias “Minor”, and Albeiro Lobo Quintero, alias “Brother”, both heads of the Los Rastrojos paramilitary criminal organization.

“Cúcuta authorities questioned by this newspaper confirmed that the two individuals in the photos are the leaders of the narco-paramilitary organization that commits crimes in Norte de Santander (Colombia) and Boca de Grita (Venezuela). Albeiro Lobo Quintero, aka Brother, and John Jairo Durán, aka El Menor, have been in the hands of the authorities for several months,” says the report published by the Colombian newspaper, entitled “The photos of Juan Guaidó with narcoparamilitaries on the Colombian border”.

RELATED CONTENT: Not in Total War Neither in Complete Peace, This has been Colombia for 60 Years

Both “El Menor” and “El Brother” surrendered a few months ago to the police in their country due to the persecution carried out against them by the former leader of Los Rastrojos, Wilfredo de Jesús Torres Gómez, alias “Necoclí”, who was captured in Valencia, Venezuela. The war between former allies was apparently due to the breach of the pact they had to respect the leadership while “Necoclí” was held on the Venezuelan side of the border.

RELATED CONTENT: Pedro Carreño: “We Have the Coordinates of the Nariño Palace – In 11 Seconds a Sukhoi Would be in Bogota”

This Thursday the director of the “Progresar del Norte de Santander” Foundation, Wilfredo Cañizares, published the photographs of Guaidó in the company of these criminals, and said that the Venezuelan deputy’s entry to Cúcuta on February 23 – when “humanitarian aid would supposedly enter”- was coordinated by the members of Los Rastrojos.

The photos have raise alerts among security agencies on the Venezuelan side when they were made public and might add to the dossier being prepared by the General Attorney Office against Guaido for multiple crimes.

Some right wing actors have stated the photos were taken with passers-by unknown to Guaidó, but carefully looking at the photos you will notice they were taken in rural areas and, most importantly, one of the criminals was openly carrying a gun next to Guaido.