The coup in Bolivia does not come out of the blue and bears the fingerprints of the US. It is the revenge of the upper class with a strong racist undertone. There is a real possibility that the country is heading for a bloodbath.

“Why has there never been a coup d’état in the United States? Because there is no American embassy there”. – Classic joke in Latin America

On Sunday 10 November, there was a coup d’état in Bolivia. The army forced the newly elected President Evo Morales to resign. At this moment violence is escalating in the streets. Armed opposition gangs attack militants and leaders of Evo Morales’ Socialism Movement (MAS). They are intimidating journalists, burning homes of MAS members, including Evo’s sister. In some places, anyone who looks indigenous is physically attacked. Indigenous women are stripped and molested. Several people have already got killed.

Revenge on the pink tide

Those coups were and are a reaction to the so-called ‘pink tide’ in Latin America. In the 1980s and 1990s, neoliberal policies caused an actual bloodbath in the region. The number of poor people had risen by a third. The population did not accept this and chose left-wing presidents in one country after another.

RELATED CONTENT: Evo Morales in Mexico City: “A Security Official Was Offered US$ 50 Thousand in Exchange for Capturing me”(Video)

Those left-wing presidents set up poverty programs and curbed and scaled back neoliberal policies. They also formed a front to reduce the US hold on the continent.

Of course, the elite in those countries and the US Government didn’t appreciate the pink tide. Every effort was made to get rid of these left-wing presidents. At first by means of elections. For the elite, bourgeois elections are normally a ‘home game’: they call the tune of the traditional parties, they are able to invest a lot of financial resources for influencing the outcome, they control the media or manipulate the social media, and they threaten chaos or economic disaster if the people would vote for the left.

That electoral recipe worked for a long time until Hugo Chávez was elected president in Venezuela in 1998. Since then, the electoral struggle in many countries has no longer been favourable to the elite and to the interests of the US. That is why different strategies were adopted: a colour revolution, another form of ‘civil’ or ‘constitutional’ coup d’état, or a combination of both. Of course, for the sole purpose of putting an end to the left-wing president. With the support of the media they control, these camouflaged coups are framed as spontaneous popular uprisings or legitimate constitutional interventions.

This tactic is not really new, although nowadays military force is not so easily and openly resorted to anymore. From the 1950s until the 1980s, the continent was still ravaged by military coups. The most notorious is that of Chile in 1973. Pinochet’s neofascist coup put an end to Salvador Allende’s progressive government and created the ideal conditions for a neoliberal policy: the elimination of all social resistance. Neofascism indeed rhymes with neoliberalism. Chile’s military dictatorship became the first testing ground for the neoliberal crusaders. Bolivia, which until the early 1980s was a military dictatorship, became the second laboratory, with all the known social consequences.

… with the support of the USA

Latin America has been the backyard of the US for two hundred years. The North Americans have big economic interests there, and to protect those they keep about eighty military bases in the region.

The US diplomatic staff in Bolivia has a reputation of stirring up trouble and interfering in the country’s internal affairs. Shortly after a meeting between the then highest diplomat of the US and a ‘journalist’, who had been the head of the intelligence service in a former life, a real scandal broke out about president Morales. Everything turned out to be based on fake news, but it did lead to the narrow defeat of Evo Morales in the 2016 referendum.

RELATED CONTENT: Alberto Fernández’s Secret Efforts to Get Evo Out

Carlos Mesa, Evo Morales’ right-wing opposing candidate in the last elections, has had contact in the recent past with several senior US officials and parliamentarians. At the end of July 2018, he already announced that a re-election of Evo Morales would lead “to a situation we do not want: violence”. This indicates that the current coup was well prepared.

The Organization of American States (OAS) also played a decisive role in this coup d’état. The OAS was set up by the US in 1948 in order to bring the countries of Latin America into line with Washington. It refused to recognise the Bolivian election results. In this way, it has exerted strong pressure on the government and given an excuse to the army to demand the resignation of President Morales.

Bolivia perfectly fits in the list of countries mentioned above. In all these countries the social situation usually improved spectacularly. Also in Bolivia. Under the government of Evo Morales, real wages increased by 60 percent and extreme poverty decreased by 60 percent. This social policy was only made possible by nationalising a number of key sectors of the economy. For the elite, this was unforgivable.

Important in this respect is the plan of Evo Morales not only to mine lithium but also to process it into batteries. Lithium is a very important raw material for the new economy and is used in the production of electric cars, airplanes, batteries, mobile phones and even medicines. Bolivia may have the largest lithium reserves in the world. The global elite does not accept that this strategic raw material is in left-wing hands.

The elite wants to use this coup d’état to turn back the clock. The elected representatives and supporters of MAS are terrorized. President Evo Morales, who dared to touch their privileges and possessions, must be politically or physically eliminated. There is a real possibility that the country is heading for a bloodbath. 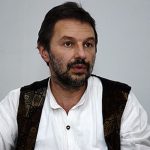