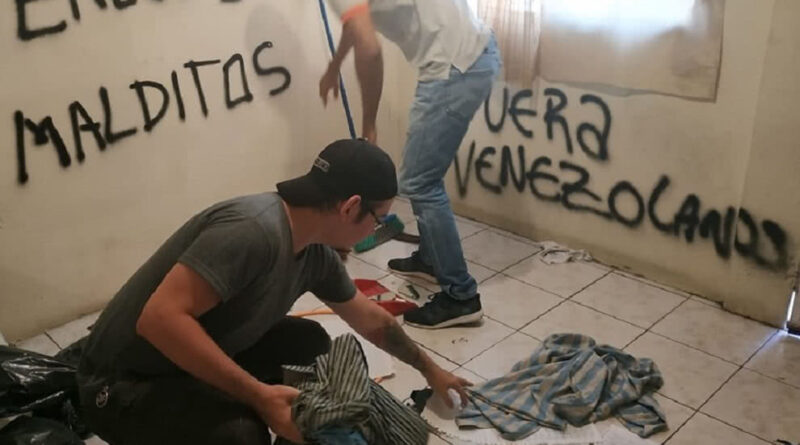 Duque’s xenophobic statements were made during an interview with Blu Radio, where he said that only Venezuelans nationalized as Colombians, or those who had a residence document, would receive the vaccine.

Duque’s position—which also excludes other citizens from different regions of the world who live in, or are transiting through Colombia, by denying them access to the vaccine—has been widely criticized as clumsy, inhuman, xenophobic, exclusive, discriminatory, and as misguided on biosecurity terms.

The most recent criticism made by Pastrana, one of the most radical promoters of the dirty-war campaign against the Venezuelan government, contends that Duque discriminates and is cruel against Venezuelans, and also highlights that his decision even threatens health and lives of Colombians.

By denying access to the vaccine, Duque leaves Venezuelans and other undocumented foreign nationals exposed to being infected and even dying from the COVID-19 disease.

“Discrimination against refugees is not only cruel, it is an attack on the health and life of Colombians,” wrote Pastrana on his Twitter account.

The fugitive from Venezuelan justice Leopoldo López used his Twitter account to defend the decision, and highlighted an alleged “great solidarity” shown towards Venezuelans in the face of the vaccination campaign.

“Colombia will vaccinate more than 500,000 of our brothers. We thank President Iván Duque and his government,” Lopez stated on the social media platform.

The far-right militant omitted commenting on the xenophobic statements of the Colombian president and the exclusion of undocumented Venezuelans from vaccine plans, even though Duque’s statements were strongly criticized and branded as “discriminatory.”

López received a barrage of criticism after referring to Duque’s alleged good intentions towards Venezuelans. Many Twitter users referred to the evident xenophobic attitude of the president of Colombia.