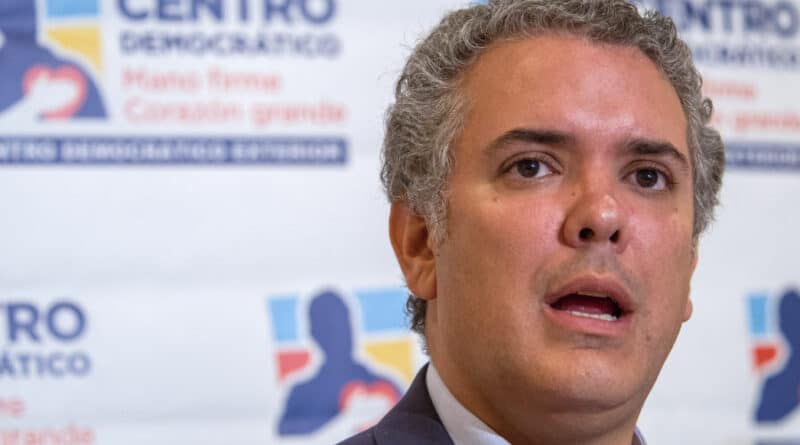 The Colombian government announced this Monday that it will exclude Venezuelans in an irregular situation from the COVID-19 mass vaccination process. This will affect about 55 percent of the 1.7 million Venezuelans in Colombia, according to news agency AFP.

President Iván Duque told Blu Radio that Venezuelans in Colombia will only be vaccinated if they have Colombian nationality, or if their records are up to date with immigration laws.

“Those who do not have the accreditation of being Colombian citizens at this time, and who do not have legal immigration status, of course won’t” be immunized, said the president.

RELATED CONTENT: The “Pagni-Guaidó Interview,” or how Journalism Became Propaganda

Duque added that without these conditions the government would be “almost (making) a call for a stampede; for everyone to cross the border to ask to be vaccinated,” without mentioning that the opposite phenomenon has been happening as Venezuelans and Colombians have emigrated to Venezuela and received COVID-19 treatment free of charge.

In the midst of a increasing rate of infection, the president emphasized that his “priority” will be the immunization of Colombians, a very unusual stand for a country with more that 1.5 million cases and more that 40 thousand deaths, where public healthcare is almost nonexistent. Needless to say, for those in Colombia who can’t afford proper care, this can mean life or death. In addition, Colombia has been suspected of under-reporting COVID-19 statistics.

However, Duque explained that in the case of Venezuelans who live legally in the country, the same criteria for vaccination will be applied as for nationals. In Venezuela COVID-19 cases have reached about 110, 000, and deaths have not yet exceeded one thousand, representing a death rate per million inhabitants of 35, nothing compared to the 800 figure reported from the Colombian side. All this in the middle of tougher illegal US sanctions, and internal and external mercenary attacks.

What if Trump denies access to the vaccine to latino migrants living in the US as Duque did with the Venezuelans in Colombia yesterday? What is the opinion of @ONUHumanRights ? https://t.co/TQGdYH58XG

The Colombian government recently announced that their mass vaccination program would start in February, after ensuring access to 40 million doses for a population of 50 million. This Monday, President Duque was criticized for his announcement regarding the migrant population.

“Not vaccinating Venezuelans is a bad idea from an epidemiological point of view. But it is above all an unethical proposal: it excludes the most vulnerable and discriminates in an almost threatening way against a group of people because of their nationality and immigration status,” wrote former Health Minister Alejandro Gaviria on Twitter.

“What if Trump denied access to the vaccine to Latino migrants living in the US, as Duque did with the Venezuelans in Colombia yesterday?” wrote former president Ernesto Samper on his Twitter account. “What is the opinion of @ONUHumanRights, or what remain of it, on this genocidal ultimatum?”