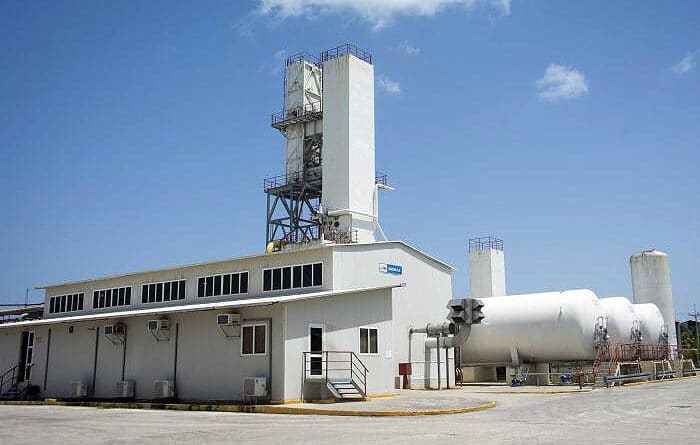 In mid-August, a piece of news shook Cuba: medical oxygen coverage began to be limited in health centers due to a breakdown in the country’s main production plant.

It was the first time during the pandemic that the island was going through such a situation. Cuba has been producing its own oxygen for decades. In fact, it is one of the few countries in the world that has its own plant to supply hospitals, health centers, industries, and other institutions.

Fidel Castro had foresight. The OxiCuba S.A. plant was created on the island on October 3, 1965, just a few years after the revolutionary triumph of 1959. Since then, the factory has been supplying every corner of the country, from Guantánamo Province to Isla de la Juventud.

In the midst of the health crisis, most countries in the world were forced to import oxygen. Building a liquid oxygen plant is extremely expensive, especially for low-income nations.

The pandemic caught many governments off guard. It is highly unlikely for a government to build an oxygen plant for medical use alone, due to the complexity of the production and its transportation, distribution, and storage system. That is why, when the number of contagions soared around the world, many healthcare systems collapsed due to the lack of this essential input.

This did not happen in Cuba, where not a single COVID-19 patient lacked an oxygen cylinder in Intensive Care Units (ICU).

Even so, after a year and a half of pandemic, the circulation of more contagious and deadly strains of the disease has complicated the epidemiological scenario on the island. Since mid-year, more than 6,000 cases have been reported daily, which has increased the demand for oxygen.

This coincided with another reality: the industry has not stopped for a moment for more than a year, even when the machinery needs periods of rest for maintenance work.

A few months ago, the industrial gas plant Oxicuba S.A., located in the Havana municipality of Cotorro, suffered a major breakdown. The rupture of a key part left the plant inoperative.

The country tried to get by with its reserve, while juggling to buy new parts and circumvent the blockade—the damned blockade—which prevents the island from accessing everything, especially technologies that are essential to face the pandemic.

The oxygen deficit occurred while Cuba is going through a deep economic crisis, caused by over six decades of blockade and over one year of the COVID-19 pandemic. The island faces unprecedented food and medicine shortages, making it difficult for the government to confront COVID-19.

However, the island has the extraordinary ability to achieve the impossible. Just when the oxygen supply began to run low, Cuba did it again. With its creativity to face challenges, it managed to acquire the necessary pieces to set the wheels back in motion.

Last Saturday, the island woke up to hopeful news: “OxiCuba S.A. has made it,” President Miguel Diaz-Canel tweeted, referring to the successful repair and start-up of the factory that guarantees 95% of the medical oxygen used in the country.

Last week, Diaz-Canel dialogued with the group of people who made this feat possible. “Has everything gone well so far?” he asked several times during the meeting.

“So far so good,” Thermoenergetic engineer Guillermo Mendez Pedraza replied. “We are working tirelessly to get out of this situation very soon…” And so we did.