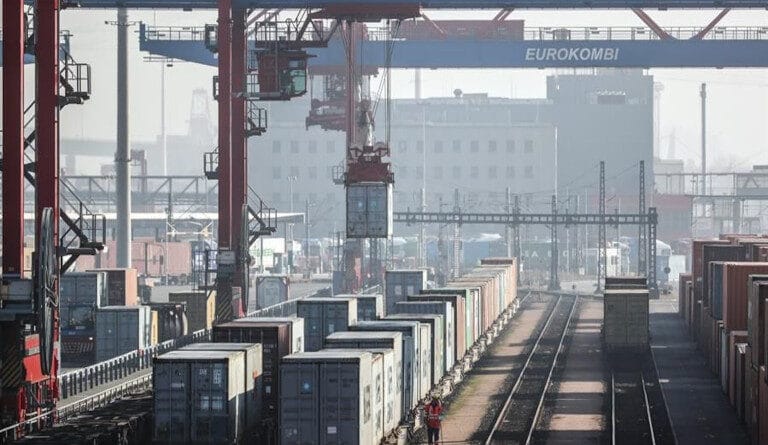 China overtook the United States as the leading trading partner of the European Union (EU) in the second quarter of 2021, according to data published this Wednesday, September 8 by the EU statistical office Eurostat.

Between the first quarter of 2019 and the second of 2021, the percentage of imports from China to the EU increased by four points.

In the case of Switzerland, the share of imports grew in the same period by 0.7 percentage points, while there was a 3.4% fall in imports from the United Kingdom, followed by those from Russia, which suffered a decrease of 1.1%, and those from the United States, with a fall of 1%.

According to Eurostat, the factors that contributed to this fall were the COVID-19 pandemic and, in the case of the United Kingdom, Brexit.

In the same period, the percentage of European exports to China increased by 1.5 percentage points, while those to the United Kingdom fell 3.2%.

Exports to Russia, Switzerland and the United States grew by less than 0.6 points.

On the other hand, according to Eurostat, the trade surplus of the European Union decreased in the second quarter, going from €46 billion in the first three months of the year to €29 billion between April and June.

The value of EU goods exports to third countries was slightly above the level of the first quarter of 2019. However, the value of imports during the same period showed a stronger recovery.

When broken down, the number of companies more than tripled to reach 46 million, while that of self-employed businesses reached 98 million, about 2.5 times the figure of 2012, said Zhang Gong, head of the agency, on Monday at an SAMR press conference.

The official attributed the healthy expansion of market trends to the sustained steady growth of China’s economy and its vast market, the continued optimization of the country’s business environment, and the hard work of entrepreneurs and workers.

The new businesses, most of which are micro-, small- and medium-sized enterprises, have contributed to employment by creating more than 13 million new jobs annually in recent years, Zhang added.

To restore consistent market order and promote fair competition, the market’s regulatory authorities in China have introduced a series of laws and regulations, while prosecuting acts that violate them, in areas such as internet retail platforms, health care, and public services.

Since 2018, the relevant authorities have investigated and dealt with 332 cases of monopoly, and 36,000 cases involving unfair competition, Zhang said.

In the next stage, SAMR will resolutely oppose monopolies and avoid disorderly expansion of capital to create a level playing field for all types of market entities.

Featured image: China is consolidated as the strongest economy in the world. Photo courtesy of EFE.