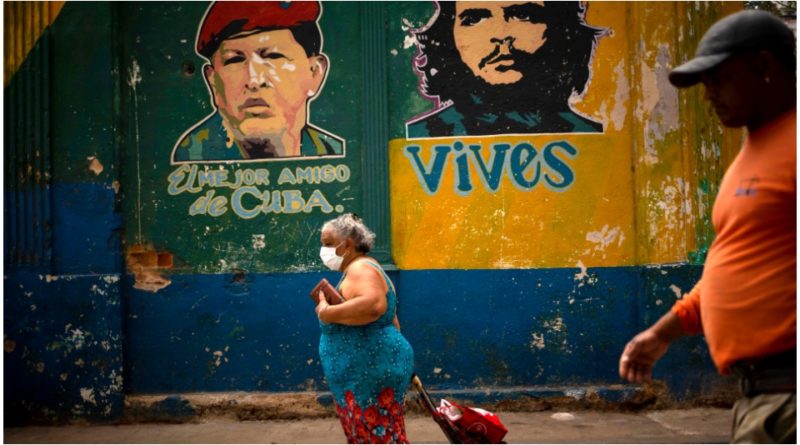 Carlos Fernández de Cossío, head of the U.S. desk at Cuba’s Foreign Ministry, recently accused the U.S. government of “terrible moral decadence.” He was reacting to U.S. threats against nations confronting the COVID-19 pandemic and assisted by Cuba. He was also criticizing poor pre-epidemic preparations in the United States.

His critique strayed from Cuba’s usual denunciations of imperialist and plutocratic excess. In suggesting that U.S. leaders disregard basic human values, the diplomat was venturing into deep waters.

In fact, U.S. decision-making on the COVID-19 epidemic and on some U.S. interventions abroad reveals easy tolerance of people dying in the one case and foreknowledge of that outcome in the other. The implications are not trivial: “’Thou shalt not kill’ is arguably the most basic moral and legal principle in any society,” according to a scholar on various rationalizations of killings.

President Donald Trump on March 24 indicated measures for slowing down the spread of COVID-19 infection would be relaxed by April 12. He indicated people in the U.S.could then return to work and the economy would recover. In that scenario, the epidemic and the dying presumably would continue. That day, Bloomberg News reported that “Business leaders in the U.S. are getting impatient with the national economic shutdown” and are backing President Trump.

RELaTED CONTENT: President Maduro Amid US Threats: “In the Coming Hours the Army Will be Deploying Artillery in Preparation to Fight for Peace” – 7 New Confirmed Cases for 153 Total

Soulmate and Texas Lt. Governor Dan Patrick indicated on March 23 he would “take a chance” for the sake of preserving America “for your children and grandchildren.” He and other old people would die for the greater economic good, as he sees it.

Trump retreated later on, claiming his words had been “aspirational.” But the head of state and lead defender of capitalism had revealed that for him human survival ranks second to the imperatives of capital.

The U.S. government is used to letting people die. In Afghanistan, U.S. bombs descend from the air and bystanders die. In the 1990s, U.S. strategists accepted that Iraqi people would die from economic sanctions they were imposing. The deaths there of 500,000 children were “worth it,” declared then-Secretary of State Madeline Albright.

U.S. governments treat Cuba, Iran, and Venezuela similarly. In 1960, Cuban leaders knew what was in store for their people. A State Department memo that year called for “a line of action which…makes the greatest inroads in denying money and supplies to Cuba, to decrease monetary and real wages, to bring about hunger, desperation, and overthrow of government.” But only a few Cubans have died due to the U.S. economic blockade. Cuba’s government has left no stone unturned to protect all of their lives.

A side note: Shortages alone may not be enough to provoke the desperation required for rebellion. People perhaps need to fear for their lives. Persons dying in their midst might do the trick.

In Iran now, conditions are worsening. On March 26, the U.S. government added sanctions targeting shipping, construction, and the chemical industry. The fear-inducing COVID-19 pandemic serves U.S. purposes. Iran now accounts for 11.2 percent of COVID-19 deaths in the world. Secretary of State Mike Pompeo in February claimed that “Things are much worse for the Iranian people, and we are convinced that will lead the Iranian people to rise up and change the behavior of the regime.”

The combination of pandemic and sanctions is terrible for Venezuela. In mid-February, the U.S. government sanctioned Russia’s state-owned oil corporation Rosneft, claiming it had transported 55 million barrels of oil for Venezuela’s PDVSA oil company.

Because of sanctions, Venezuela’s daily oil output, already reduced, dropped 50% between 2017 and 2019. Oil sales provide Venezuela’s government with 90% of its income. Oil exports pay for social support. Tens of thousands of Venezuelan deaths due to sanctions have been documented. Now, “Venezuela appears to be on the verge of a massive [COVID-19] outbreak.” The mix of sanctions and pandemic at work in Iran, Venezuela, and elsewhere “could kill tens of thousands [of people] if not far more.”

Accusations that U.S. sanctions violate international law have long flooded the internet. Here’s one, chosen at random and appearing in a 2019 medical journal article: U.S. “sanctions fit the definition of collective punishment of the civilian population, as described by the Geneva (Article 33) and Hague conventions, to which the USA is a signatory.”

At issue here, however, is the U.S. government’s moral-values deficit. Indeed, editorialists of The New York Times declared on March 26 that “piling on more sanctions while Iran bleeds is morally wrong and looks terrible.” In their zeal to protect capitalism in crisis, U.S. political leaders clearly stop at nothing. Let the economy roll and people would die. Punish uppity subaltern nations and people do die.

The present-day reality of the U.S. state’s ready acceptance of people’s deaths harkens back to the crimes of far-right political movements in early 20th-century Europe. Worried capitalists inside U.S. power structures are seemingly on the verge of doing what their earlier counterparts did. They latched on to thuggery and gave themselves up to the “terrible simplifiers,” labeled as such in 1889 by Swiss historian Jacob Burckhardt.

Featured image: A woman, wearing a protective mask as a precaution against the spread of the new coronavirus, pulls along her shopping caddy as she walks to the market, past a mural featuring images of Venezuela’s President Hugo Chavez, left, and revolutionary hero Ernesto “Che” Guevara, in Havana, Cuba, March 24, 2020. | Ramon Espinosa / AP