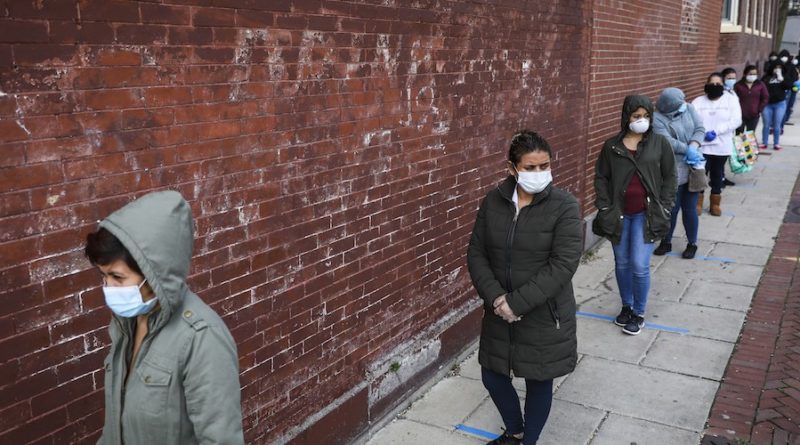 Reporting out Monday shed new light on the fact that millions of U.S. citizens are not eligible to receive coronavirus stimulus checks because of who they married.

This large group, as the Los Angeles Times reported, is made of American citizens who file taxes jointly with a spouse who uses an Individual Taxpayer Identification Number—an identification the IRS issues to workers who don’t have a Social Security Number.

Those with ITINs include those who are undocumented and those who may be in the legalization process.

The block means that not only will the adult in the mixed status home not be eligible for their $1,200 check but the household itself will also not receive a $500 per child payment that was part of the CARES Act, bringing further economic woes to taxpayers as the economic fallout of the coronavirus pandemic continues.

There is one exception. The citizen is not prevented from receiving the one-time payment if one spouse serves in the U.S. military.

“It’s a deliberately cruel carve-out,” Manar Waheed, senior legislative and advocacy counsel with the American Civil Liberties Union, told the LA Times. “In creating an exception for military families, they very, very deliberately left all of these other people out of the cash rebate.”

RELATED CONTENT: We Are Living in a Failed State

The Dallas Morning News also drew attention to the issue last week, and included comment from Julia Gelatt, a senior policy analyst for the Washington, D.C.-based Migration Policy Institute, who said “over 10 million people are affected” by the exclusion.

Christina Segundo, a U.S. citizen and mother of four whose husband uses an ITIN, talked to the Texas outlet about what the lack of the stimulus check means for her family. She stopped working at her UPS job over fears of getting her family infected with COVID-19. Her husband is still working but has seen his hours cut in recent weeks by more than half.