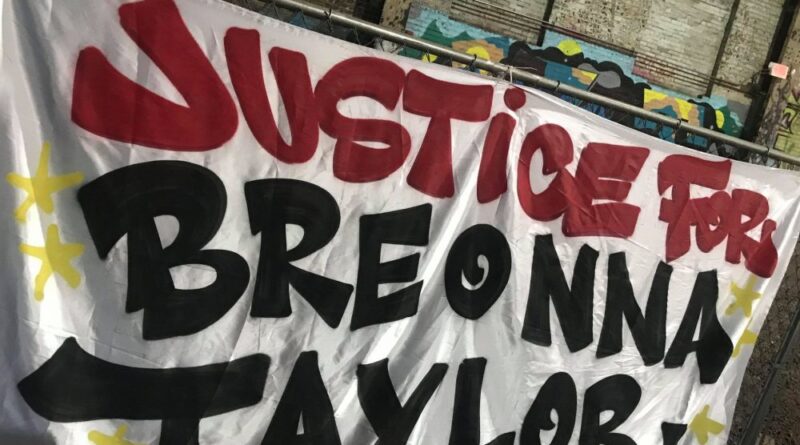 Donald Trump is making it clearer every day that he will not peacefully give up the office of president. Trump may claim victory after instigating massive voter suppression, post office sabotage and attacks on absentee ballots. His right-wing supporters are being encouraged to prevent fair voting from proceeding. If Trump overturns the election, if he refuses to accept the will of the electorate or if his criminal interference is unacceptable to the people, how can he be removed from the Oval Office?

To expect the United States military to intervene should not be our plan. And the Supreme Court of the United States cannot be relied upon to deliver even a semblance of justice. To wait upon the military or the courts to act would be foolish and disastrous. Only the broadest mass movement of the working class and oppressed peoples can protect basic democracy in this period.

What is needed is to organize broad based People’s Committees to Defend Democratic Rights. This must be done very quickly. To be truly representative these committees must extend invitations to any and every progressive groups and labor organization in their locality. These must include churches, women’s groups, the LGBTQ community, immigrant rights groups, people with disabilities organizations, Black Lives Matter groups as well as traditional Civil Rights organizations, Native nations, Latinx associations, Asian & Pacific Islanders groups and all other progressive associations. Local labor unions must take this up as well as central labor councils and labor allies.

The aim of People’s Committees should be very clear. They must prepare to shut the entire country down if Trump tries to steal the election. They must popularize the idea of, and prepare for, a General Strike.

The largest labor organization in the country is the American Federation of Labor – Congress of Industrial Organizations (AFL-CIO) with 12.5 million members. The AFL-CIO should play an important role. The Constitution of the AFL-CIO mandates that it respond to the dangerous situation that is looming. The Preamble says in part:

“We will assemble a broad progressive coalition for social and economic justice. We will create a political force within the labor movement that will speak forcefully and persuasively on the public issues that affect our lives.”

“To protect the labor movement from any and all corrupt influences and from the undermining efforts of authoritarianism, totalitarianism, terrorism and all other forces that suppress individual liberties and freedom of association and oppose the basic principles of our democracy and of free and democratic unionism.”

This gives the AFL-CIO Executive Council, state and local central labor bodies and individual local unions the duty to assist in the formation of People’s Committees to Defend Democratic Rights. A general strike cannot just be called out of the blue. People’s Committees could call upon every union local, every organization and progressive group to discuss the idea and to conduct a vote of their membership asking them to authorize the calling of a general strike if and when it is deemed necessary.

Just imagine the terror felt on Wall Street among the big bankers and corporate bosses as word comes out of one union after another, one community group after another, one church after another, weighing in with a YES vote in favor of a general strike. Every day billionaire support for Donald Trump’s provocations would dry up and his mass right-wing base would become more and more isolated. It might very well be so effective that no actual work stoppage would even be needed.

Whereas Donald Trump is threatening to ignore or undermine the results of the November 3 presidential election with attacks on mail-in balloting, sabotage of the postal service, voter suppression and encouraging right-wing groups to interfere in the democratic rights of the people across this country, and

Whereas we should take action ourselves to defend our democratic rights and not simply rely on the Supreme Court or the U.S. military to do so,

Whereas Article II of the AFL-CIO Constitution, Objects and Principles, Section 12 instructs the federation:

“To protect the labor movement from any and all corrupt influences and from the undermining efforts of authoritarianism, totalitarianism, terrorism and all other forces that suppress individual liberties and freedom of association and oppose the basic principles of our democracy and of free and democratic unionism.”,

Therefore be it resolved that [insert your organization] will join in the formation of People’s Committees to Defend Democratic Rights and will take steps to prepare for a General Strike if it is necessary to stop Trump from stealing the election.

(Wisconsin Bail Out the People)