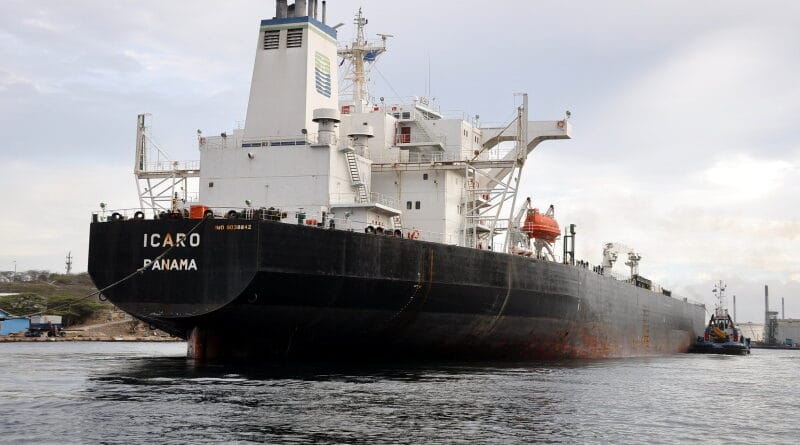 This Tuesday, December 15, Reuters added that the crude oil shipments began this week, and were made through barge La Inmaculada, according to “sources who spoke on condition of anonymity.”

“The Nabarima contains around 1.3 million barrels of crude, and images of the ship released in September and October ‘set off alarms’ about a possible spill,” the news agency added. “PDVSA corrected its tilt and said that the vessel, part of the Petrosucre joint venture with Italy’s Eni SpA, was in satisfactory condition.”

In October and November there was intense mainstream media coverage of this sensitive issue, but all the media “forgot” to mention that PDVSA has been heavily impacted by US sanctions, and that the Italian oil corporation Eni SpA needed authorization from the US Treasury’s Office of Foreign Assets Control (OFAC) to conduct any transactions with PDVSA beyond the ones authorized by the US regime. The OFAC authorization for Eni SpA to procure equipment needed for the operation was finally granted in November.

Reuters added that “the monitoring data from Refinitiv Eikon shows that Ícaro sailed towards Nabarima on Tuesday morning and anchored in the Gulf of Paria, near the oil platform… La Inmaculada will transport the crude to PDVSA’s tanker, Ícaro, a process that is expected to take weeks, the sources added.

According to Reuters, “PDVSA did not immediately respond to a request for comment.” Previously, the company ruled out possible risks, due to concerns from environmental groups that the facility could be prone to a spill.

The dispatch also added that Trinidad and Tobago authorities toured the vessel in October and confirmed that it was in good condition.