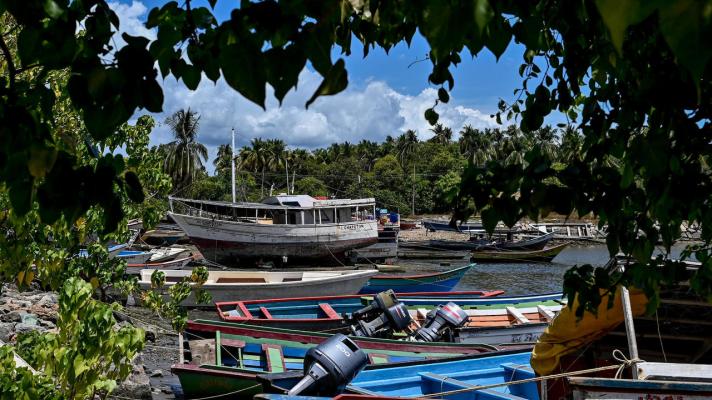 Leaving aside the individual histories of each one, the most painful deaths are those marked by slavery, bodily oppression, and the colonial yoke. When tragedies occur to a population already damaged on a daily basis by foreign factors, on a social dimension the emotional blow is even more powerful.

The death of at least a dozen Venezuelans on the shores of Güiria shocked everyone, and yet there are sectors that, at the cost of family suffering and national pain in the face of the tragedy, have tried to take advantage of the situation, for political demagogy whose only motivation is the criminalization of Venezuela, its government and its people.

This is a country at war—at times of low intensity, at other times under increased pressure—and in a constant state of siege defense. Human casualties are and will always be regretted, especially if we take into account that those of us who bury the dead are the ones who sacrifice our body and mind so that this land that we call Venezuela does not fall, despite the pain.

Similar tragedies are occurring in Güiria with some recurrence, as is the case in most borders in crisis. The national government, in a statement, identified the cause of the shipwreck with human trafficking, a contemporary linguistic term used to refer to the slave trade.

With the Venezuelan migratory movement more active than ever, driven by a complicated economic and social context, human trafficking schemes have emerged on the borders with Venezuela in order to redirect cheap national labor, that is, the precarious labor force, towards illegal economies under forms of coercion worthy of the sixteenth and seventeenth century.

Trinidadian historian Eric Williams demonstrated how slave labor was fundamental to the development of the European capitalist mode of production for centuries, promoted by great firms of the trafficking trade and of agribusiness.

In our times, slavery is tailored to and similar to drug trafficking and prostitution networks, two of the most lucrative businesses in conflict zones and contexts of intermittent violence. Branches of these illegal economies have witnessed a boom in Colombia for at least half a century.

In Venezuela there is an institution that combats human trafficking. In July of this year, the National Office against Organized Crime and Terrorism Financing issued some information of interest on this scourge in the Bolivarian Republic.

Given these numbers, the reality seems much more sinister and tragic. The information about the recent shipwreck off the coast of Güiria points to a pattern of human trafficking in Venezuela, in which entire families are transferred from one country to another by irregular means under duress, even when there is a desire to emigrate on the part of nationals.

Although there is no normalization by those of us who do not experience these situations of slavery, and witness these events with displeasure and urgency, trafficking functions as an element that constantly energizes illegal economies within and beyond the borders of Venezuela, with Venezuelan labor.

In our country the authorities have tried to combat this scourge. It is enough to do a quick search on the web to realize that trafficking networks have expanded not only in the border areas of the country—for example in Santa Elena de Uairén, Bolívar state, or in Venezuelan La Guajira, Zulia state—but also in Valencia, Carabobo state, in the north-central region of the country. We know this because some major networks have been dismantled in recent years.

However, the ongoing effort needs to be accompanied by more than a legal framework in Venezuela and attentive authorities—to what extent a State battered by the blockade and the war of institutional attrition, led by the United States’ local puppets, can go.

Slavery is a sign that capitalism as a system still has a development framework in which anything goes with impunity to realize extraordinary profits. Reports from the UN Office on Drugs and Crime affirm that drug trafficking on a global scale generates approximate annual profits totaling $650 billion. If this business needs modern slaves to grease its wheels, it will look for that workforce anywhere on the planet.

The brainy analysts and influencers of the Venezuelan opposition don’t mention that aspect of the tragedy, since what matters to them is striking at a government that has been in charge of fighting an issue that the opposite bench justly criticizes.

As evidence, no one learned that there was a similar shipwreck off the coast of Güiria in May 2019 , in which more than 30 people disappeared. It was a shocking fact that it wasn’t amplified more by media at the time. Perhaps this was because there were no recent elections, or important political events in Venezuela, to be discredited by the tragedy.

The selectivity shown to coverage of trafficking cases is accounted for by the manipulation and intoxication of the media against national interests. Anti-Chavismo will never question what is behind human trafficking, it will not even recognize what is being done to officially combat it. It’s just a reality ignored by many, until it bursts into our field of vision in a shocking way.

Such opportunism is an old tactic of the Venezuelan opposition, which in this case serves to hide the disaster of the recent “popular consultation,” as fictitious as the “interim government” of Juan Guaidó.

Undoubtedly, the Güiria event is a tragedy and as such it must be understood, but that the familiar anti-Chavista operators raise its profile as a media show, and turn it into a social media hashtag only implies that it’s not valid to make visible all the tragedies, but only those that can be used as propaganda against Venezuela’s government.

The spectacle of death brings benefits to an anti-Chavismo that has no other symbolic capital, but the tragedy of the Venezuelan population. It’s no coincidence that their leitmotif remains the US blockade and military intervention.

Featured image: View of the port of the city of Güiria, Sucre state, from where the ship that wrecked left (Photo: Federico Parra/AFP).