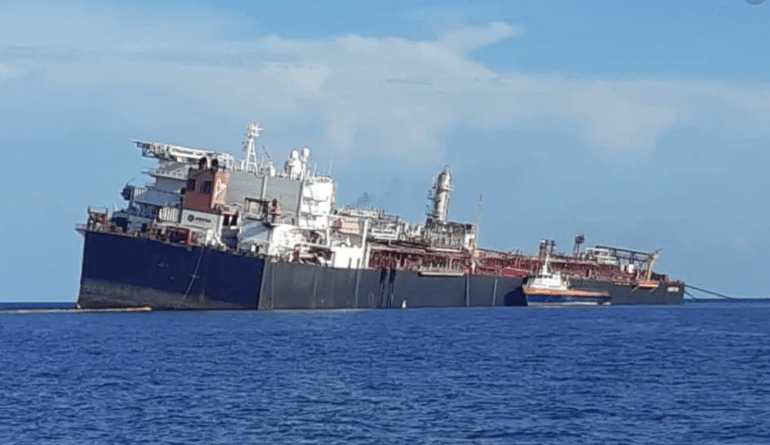 Spokespersons for the Italian-based multinational oil company ENI announced on October 29 that the United States authorities finally gave it permission to unload crude oil from the FSO Nabarima tanker, anchored in the Gulf of Paria, in the north east of Venezuela and near Trinidad and Tobago.

The economic, commercial, and financial blockade that the US maintains over Venezuela has prevented the repair of the Nabarima ship’s storage area and its oil extraction.

According to the specialized website of Trinidad and Tobago, EnergyNow, the Italian company now needs to coordinate with the Venezuelan state oil company before beginning the oil unloading operation, since PDVSA and ENI are partners, through the PetroSucre project.

“The Minister of Trinidad and Tobago declared that the FSO ship was, in general, in a stable condition, and expressed his concern about the time that the unloading procedure would take, and the additional risk that this might imply,” EnergyNow reported.

According to ENI, they had been ready for a long time to carry out the transfer from ship to ship, using “state-of-the-art solutions” but the US, after imposing sanctions against PDVSA, chose to wait, and is now asking for the discharge to be carried out but without easing the sanctions.

In recent weeks there was intense mainstream media coverage of this sensitive issue but all the media “forgot” to mention that PDVSA has been heavily impacted by US sanctions, and that the Italian oil corporation ENI needs authorization from the US Treasury’s OFAC office to do any transactions with PDVSA beyond the ones authorized by the US regime.