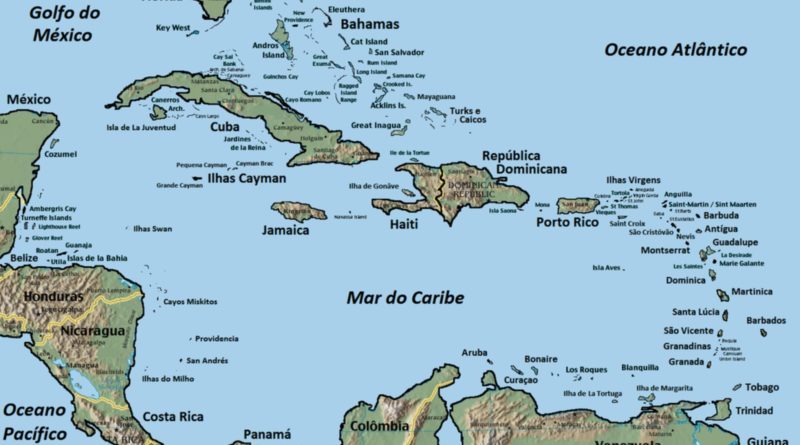 “Divide and rule” was a phrase used by both the Roman ruler Julius Caesar and the French emperor Napoleon Bonaparte. Putting aside any difference in the military tactics applied by these historical figures, today this seems to be the clearest political strategy of the United States towards Latin America and the Caribbean, in another desperate attempt to disunite the people south of the Rio Bravo and regain ground in an area that Washington still regards contemptuously as “its backyard”.

This modus operandi has been employed in various ways within the region. Sometimes offering the carrot and at others, the stick, applying blackmail, promoting conflicts or dynamiting native integration mechanisms, this is how the US administration has worked throughout history. Aware of the risks that the unity of Our America holds for its imperial interests, its perfidious political moves have attacked integrationist organizations, as part of the wave of conservative restoration.

On the one hand, the White House promotes the Lima Group or the discredited Organization of American States (OAS) as forums to try to legitimize the war against Venezuela and other countries that do not follow its designs. On the other hand, it facilitated, through various maneuvers, the exit of Argentina, Brazil, Chile, Colombia, Paraguay and Peru from the Union of South American Nations (UNASUR) in 2018, and in 2019, the abandonment of Ecuador and Bolivia from the Bolivarian Alliance for the Peoples of Our America-People’s Trade Treaty (ALBA-TCP); and the recent exit of Brazil from the Community of Latin American and Caribbean States (CELAC).

Now, their plans seem to be aimed at separating the Caribbean Community (CARICOM). Last year, U.S. President Donald Trump met with leaders of selected area nations in Florida. Among the topics on the meeting’s agenda were regional cooperation and the situation in Venezuela. After the meeting, White House spokesman Hogan Gidley said in a press release that the Overseas Private Investment Corporation (OPC) will prioritize the five countries whose leaders Trump met with.

On Tuesday, U.S. Secretary of State Mike Pompeo arrived in Jamaica, where he will hold meetings with Jamaican leaders, including Prime Minister Andrew Holnnes, and will make a statement on the importance of Caribbean relations with the U.S.

The Prime Minister of Barbados and President of CARICOM, Mia Mottley, criticized this meeting. “As president of CARICOM it is impossible for me to agree that my chancellor should attend a meeting with someone and that all CARICOM members should not be invited. It is an attempt to divide the region,” she said.

What is behind this new move by Washington in its policy towards the Caribbean? First of all, perhaps they hope to gather the Caribbean votes necessary for an escalation against Venezuela approved within the OAS, in addition to subjecting these CARICOM members to their interests and isolating them from the rest of their neighbors.

“In 2019, we continue to strengthen relations of friendship and cooperation with the sister nations of the Caribbean, to which we are bound by historical ties and common challenges. The celebration of the VII Caricom-Cuba Summit next December in Havana will be of vital importance for the country,” Cuban Foreign Minister Bruno Rodríguez Parrilla published on Twitter.

In the face of the new imperial attempt to separate us, more unity and integration in the Caribbean and all of Our America must be the answer, “so that the giant of the seven leagues does not pass.”