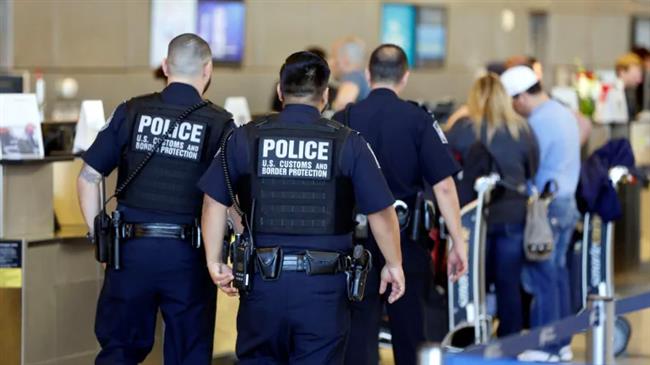 In an apparent about-face, an unnamed US Customs and Border Patrol officer says his colleagues working at Canadian border crossings have been directed to stop travelers of Iranian descent for questioning.

According to Canadian news agency CBC, the officer made the comment in an email to an immigration attorney, dismissing earlier denial by the US Customs and Border Protection (CBP).

The revelation came after dozens of Iranians and Iranian-Americans were stopped at several ports of entry including one in Blaine, Washington, and the Boston Airport, in the days following the US assassination of Iranian commander, General Qassem Soleimani, and Iran’s retaliatory missile attacks on US bases in Iraq.

Some were detained for hours and reported they were asked detailed questions about or additional questioning about their political views and allegiances.

Among them was Mohammad Shahab Dehghani Hossein Abadi, an Iranian student who had a valid F-1 US student visa, but was still deported from the United States in spite of a federal court order to delay his removal.

He arrived in Boston on Sunday to continue his studies at Northeastern University, but was detained by Customs and Border Protection (CBP) at the Boston Logan International Airport.

The 24-year-old economics student had traveled to Iran for a short visit and flew back into the US to start his spring semester when he was held for secondary questioning, which is common for Iranians when entering the US through the airport, according to his lead attorney Kerry Doyle.

While he was detained, a Massachusetts district court judge granted him an emergency stay, nonetheless, he was deported Monday night, Doyle added.

At the time, CBP confirmed there were increased wait times “to an average of two hours on Saturday evening, although some travelers experienced wait times of up to four hours due to increased volume and reduced staff during the holiday season.”

The CBP told CBC News that the “current threat environment” prompted it to implement an “enhanced posture” at the border. However, it denied detaining Iranian-born travelers and said the delays at the Peace Arch crossing were related to staffing issues during a busy holiday weekend.

That comes amid reports that up to 200 people of Iranian descent traveling from Canada — many of them dual Canadian or US citizens — were detained and questioned for hours at the Peace Arch Border Crossing in Blaine, Washington, during the weekend of Jan. 4.

The officer who dismissed the CBP’s denial and revealed the directive, says the sole reason Iranian travelers were detained and questioned was due to their ethnicity. He said the operation was unethical and possibly unconstitutional.

After inauguration in 2016, US President Donald Trump controversially pushed through a ban suspending issuance of immigrant and non-immigrant visas to applicants from the Muslim-majority countries of Iran, Libya, Somalia, Syria, and Yemen, Iraq and Sudan.

Iraq as well as Sudan, whose forces took part in the Saudi war on Yemen were latest delisted.

The restriction, which has gained notoriety as “a Muslim ban,” later expanded to include Venezuela and North Korea, and, as Trump suggested during his electoral campaign, could end up affecting even more countries.

Also US media reports said on Tuesday that the Trump administration is planning to add more countries, including Nigeria, Belarus Kyrgyzstan and Myanmar, to its travel ban list.

The number of the student visas issued to applicants from the affected countries has dramatically dropped since the ban’s introduction.