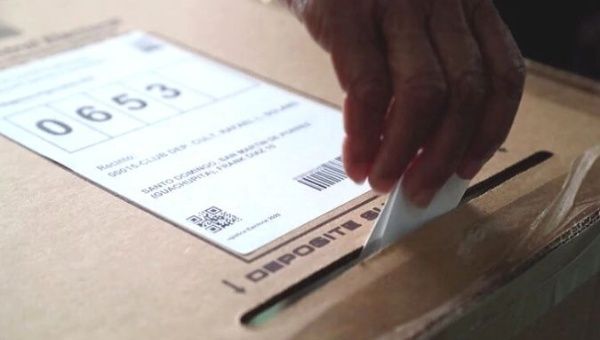 On Sunday the nationwide electoral process was suspended due to a glitch in the electronic voting system, four hours after they officially started.

The Dominican Republic’s Central Electoral Board (JCE) announced Monday that the municipal elections suspended on Feb. 16 will be held on March 15 with only paper ballots to avoid issues with the electronic votes.

This comes as on Sunday the nationwide electoral process was suspended due to a glitch in the electronic voting system, four hours after they officially started.

The opposition parties have denounced the suspension and on Monday delegates to the JCE from the Modern Revolutionary (PRM), People’s Force (FP) and Christian Social Reform (PRSC) parties suggested that the Organization of American States (OAS) should intervene to help that the parties achieve a consensus and that they can set a new date for municipal elections.

The electronic system was used in 18 of the 158 municipalities and focused on cities and regions with high population density, accounting for 62.4 percent of the electorate. Paper ballots were due to be used elsewhere.

The Administrative Minister of the Presidency Jose Ramon Peralta urged for the municipal elections to be called “as soon as possible to prevent the country from falling into chaos and guaranteed that the Executive will seek the necessary resources to hold these elections.”

A total of 7,487,040 Dominicans will once again be called to the polls to elect 158 ​​mayors, the same number of vice mayors, 1,164 councilors and their alternates, 235 directors and deputy directors and 735 members, who will take office on April 24 for a period of four years.

These elections are decisive both for the ruling Dominican Liberation Party (PLD), which together with its allies controls 107 of the 158 mayors, as well as for the opposition Modern Revolutionary Party (PRM), which is leading 30, including the of the National District, the center of the capital.