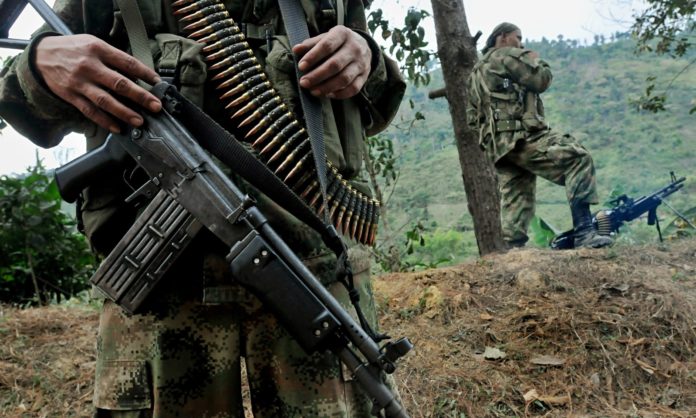 “27 bodies are at the headquarters of the Institute of Legal Medicine and Forensic Sciences,” the attorney general of Colombia, Francisco Barbosa stated.

Experts have identified 20 of the bodies, of which two are women, two minors and four Venezuelan citizens, said the attorney general.

He pointed out that the bodies were found in Fortul, Saravena, and Arauquita, in the department of Arauca, and in Cubará, and Boyacá.

Preliminary analyses established that the victims were all shot at close range in a fashion typical of hitmen, which indicates that there was no struggle.

Since January 2—according to Colombian government sources—former guerrillas of the defunct Revolutionary Armed Forces of Colombia (FARC) who abandoned the peace process, and members of the National Liberation Army (ELN) have clashed in various municipalities of Arauca in territorial disputes. The conflict zone is a key drug-trafficking route. Paramilitary narco-trafficking groups are also known to operate in the region, and are likely involved in any violent dispute for its control, according to experts.

Following an order issued by President Iván Duque as a result of the clashes, two battalions arrived by air and land with armored vehicles. They have training in rural and urban combat, anti-kidnapping and anti-extortion operations, first aid, human rights and conflict resolution, among other fields, the Colombian Military Forces stated through its Twitter account. A similar deployment occurred last year in April when violent clashes spilled into Venezuelan territory, taking the lives of a dozen Venezuelan soldiers and a higher number of Venezuelan nationals.

Featured image: Paramilitary soldiers showing their weapons and ammunition in the Colombian jungle. Paramilitary gangs, former guerrilla groups, and active guerrillas are present in the region, where violence is endemic. Civil war has raged in Colombia for over six decades. File photo.