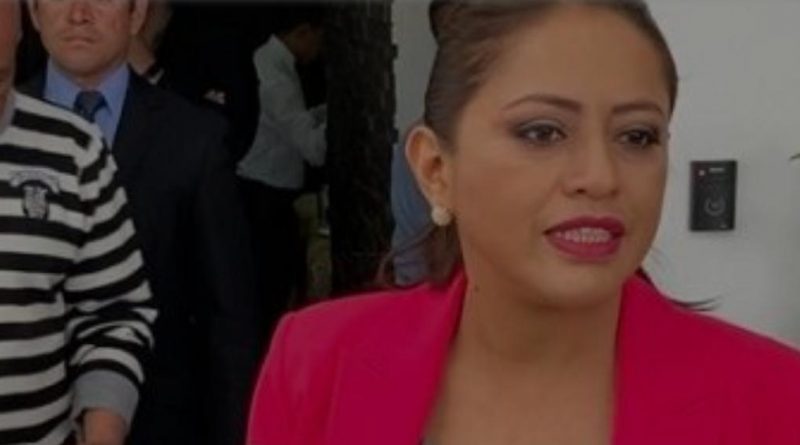 The police raid was broadcast on Facebook Live by the leftist leader as she put on her clothes to prepare for being taken to into custody.

The prefect of the Ecuadorean province of Pichincha Paola Pabon was arrested in the early morning hours of Monday at her home. Police also raided the home of Virgilio Hernandez, a former lawmaker and member of the Citizen Revolution. Meanwhile, in the province of Guayas, Alexandra Arce, former mayor of the city of Duran, was also detained. Yofre Poma, another member and lawmaker from the Citizen Revolution movement was also arrested in police raids.

The police raid Paola Pabon’s house was broadcast on Facebook Live by the leftist leader as she put on her clothes to prepare for being taken to into custody.

“Today they entered my house at dawn and knocked down the door while I was sleeping. They take me into detention without evidence. Being an opposition in a democracy cannot be a crime. It is not a democracy when political opponents are persecuted in this way,” Pabón said. video.

The political leader of the Social Commitment Force movement has been accused by the government of the president of Lenin Moreno, of being one of the instigators for the small acts of looting and violence that took place as part of the massive, mostly peaceful, mobilizations around the country over the past 10 days in rejection of the pro-IMF decree that eliminated the fuel subsidies.

Moreno also accused Ecuadorean ex-president Rafael Correa, former foreign minister Ricardo Patiño, lawyer and former lawmaker Virgilio Hernández, and Pabón, of being behind the protests in an alleged attempt to overthrow him, charges they all deny.

RELATED CONTENT: Differences Between an Attempted Coup D’état and a Popular Civic Insurrection

Hernandez was not found at his house when the police raided his home, however, the prosecutor’s office published pictures of phones and credit cards and other ordinary objects that were found at his house, which it said would be used to investigate him.

Arce was also arrested for “investigations” into her alleged role in the unrest that had swept the country for 10 days before the president backtracked on his pro-IMF decree eliminating fuel subsidies.

In the video she posted on her Facebook about the raid, Pabón denounced that the police entered her home without a court order and that her detention violates the rule of law.

For its part, the country’s Attorney General office said on its official Twitter account that “Paola P., Christian G, and Pablo D” were arrested after their investigations with police support.

Featured image: Paola Pabon broadcasted the full raid on her house as she dencunced the police for not showing her a court order. | Photo: Twitter / @PaolaPabonC