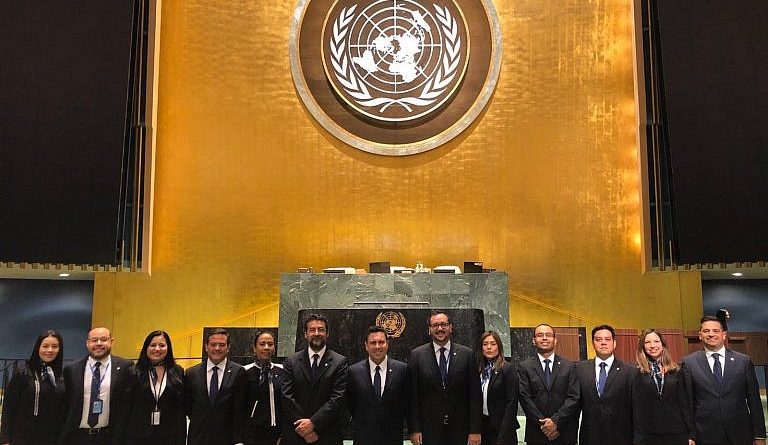 Venezuela was elected as a member of the UN Human Rights Council, with 105 votes in favor. The election was held on Thursday after the vote of the 193 States in the General Assembly of the international organization, which had to decide the two seats from Latin America and the Caribbean.

Among the candidates was Costa Rica, which was left out of the Human Rights Council, after obtaining only 96 votes in favor.

“If you analyze the numbers more than half of the countries in the worlds support Venezuela, and that means, recognize Maduro government. But also in a comparative analysis of the Latin American – Caribbean voting you can infer that if Brazil got 153 votes and Venezuela 105, Venezuela has two thirds of the support an important country such as Brazil had, disregarding that they have Washington’s approval,” an international expert said to OT.

The election of Venezuela to represent the region on the international council took place, despite the massive and visible media campaign launched by the US government and some right-wing governments that seek to question the vocation of defense of human rights of the Bolivarian Government. Even several US financed NGOs were part of the campaign, like Human Rights Watch.

“Today we dare to describe this election as historic, because we are facing a fierce campaign by the United States and its satellite governments,” said Venezuelan Foreign Minister Jorge Arreaza, in this regard.

He said that some Non-Governmental Organizations (NGOs) were activated to prevent Venezuela from being chosen as part of this very important UN body.

“It is a pity that Costa Rican diplomacy has incurred the historical error of running for its nation to prevent Venezuela from entering the Human Rights Council,” he repudiated. Arreaza denounced that the United States is the main promoter of wars and violence in the world and author of the blockade that weighs on Venezuela and that results in the violation of the human rights of the people. “They are hypocritical enough to abandon the Human Rights Council two years ago but push other countries to vote for the countries they wish”, he added.

In addition, the Venezuelan Foreign Minister thanked the support of the Non-Aligned Movement (NAM), which boosted the work of its member nations to enter this organization.

“We will not betray their trust and we will never forget what they have done for our people and for the UN Charter,” said, for his part, the ambassador representing Venezuela to the UN, Samuel Moncada, through his Twitter account.

“Never before have we gone to elections against such great and powerful forces, however, the risk of losing only strengthened our fighting spirit because our cause is just. We defend our right to self-determination and peace,” added the diplomat.

Venezuelan President Nicolás Maduro also celebrated the victory. “With 105 votes in favor, Venezuela enters the United Nations Human Rights Council as a free and sovereign country. Above the threats, our Bolivarian peace diplomacy triumphed and the free self-determination of the peoples. Viva la Patria!” he wrote on his account on the social network Twitter.