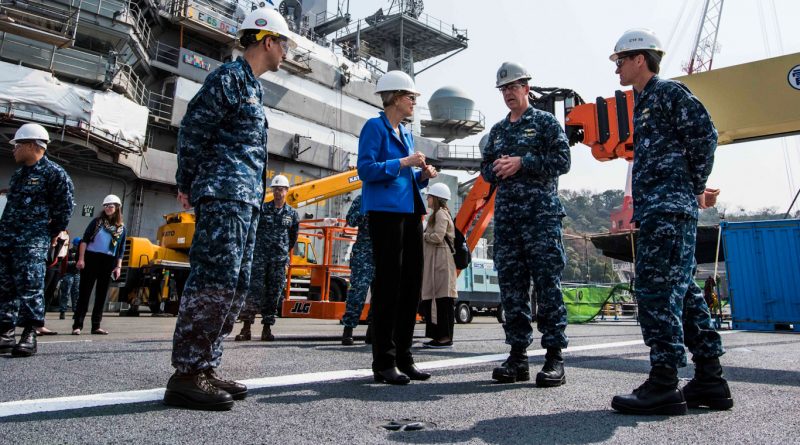 The opposing positions of Warren and her primary opponent Bernie Sanders on Bolivia highlight an increasingly clear policy gap between the two Democratic frontrunners.

The Bolivian people deserve free and fair elections, as soon as possible. Bolivia's interim leadership must limit itself to preparing for an early, legitimate election. Bolivia's security forces must protect demonstrators, not commit violence against them. https://t.co/oDiiGmzEzq

She stated that the Bolivian people “deserve free and fair elections, as soon as possible,” implying that the October 20 vote, won convincingly by President Evo Morales, was not clean, thus taking essentially the same position as the Trump administration, who made no secret of their relief that Morales was ousted.

Morales was forced to resign on November 10, after Bolivian army generals demanded he step down just weeks after winning another term in office. He fled to Mexico, where he was granted asylum. He was replaced by Jeanine Añez, whose right-wing Democrat Social Movement Party won only 4% of the vote in October. Añez, a Christian conservative, described Bolivia’s indigenous majority as “satanic,” claiming they should not live in cities, but be confined to the country’s more remote Chaco desert or highland regions. Declaring she was “committed to taking all measures necessary to pacify” dissent against her rule, she pre-exonerated security forces of all crimes in dealing with protests. Those forces have since carried out massacres and repression across the country.

In contrast, Warren’s rival for the Democratic candidacy, Vermont Senator Bernie Sanders has expressed unequivocal opposition to the events. “I oppose the intervention of Bolivia’s security forces in the democratic process and their repression of Indigenous protesters,” he said, adding that, “When the military intervened and asked President Evo Morales to leave, in my view, that’s called a coup.”

I oppose the intervention of Bolivia's security forces in the democratic process and their repression of Indigenous protesters. When the military intervened and asked President Evo Morales to leave, in my view, that’s called a coup. pic.twitter.com/TPFGxw1wWP

In a televised interview, Sanders also pushed back against pro-regime change journalist Jorge Ramos, claiming that “Morales did a very good job in alleviating poverty and in giving the indigenous people of Bolivia a voice they never had before.”

"@evoespueblo did a very good in alleviating poverty and giving the indigenous people of Bolivia a voice that they never had before… At the end of the day,it was the military who intervened in that process. When the military intervenes… that's called a coup" #RealAmericaForum pic.twitter.com/ZL0UkRVyUJ

While the coup quickly sparked condemnation from left-of-center figures around the world, including Reps. Ilhan Omar (D-MN) and Alexandria Ocasio-Cortez (D-NY), UK Labour leader Jeremy Corbyn and former Brazilian President Lula da Silva, Sanders is, to date, the only Democratic Presidential hopeful to oppose the coup. Former Vice-President Joe Biden has not commented on the situation. Hawaii Congresswoman Tulsi Gabbard, who has made anti-imperialism a central focus of her campaign, has also remained silent. When asked about the events in Bolivia on November 11, she responded that she was still gathering information and would later make a full statement. However, over a week later she has yet to comment. Meanwhile, Minnesota Senator Amy Klobuchar (D-MN) fled the interview when asked to comment about Bolivia.

Warren’s position on Bolivia is consistent with her other relatively hawkish foreign policy positions. On the Pod Save America podcast, she declared her support for President Trump’s Venezuela policy, stating that she “supports economic sanctions” against the country, claiming that President Maduro “is willing to let his own people starve.” She described the Venezuelan leader as “obviously a dictator, he’s terrible, he’s stole this election.” On recognition of U.S.-backed self-declared President Juan Guaidó, who, last weekend, as MintPress News reported, attempted a third coup attempt, she declared “I’m all for it.”

A recent report estimated that the sanctions against Venezuela, which were declared illegal by the United Nations, were responsible for 40,000 deaths between 2017-18 alone. One American UN Rapporteur described them as “akin to a medieval siege” and declared the Trump administration guilty of “crimes against humanity.”

Warren has also favored economic warfare against other U.S. government enemies, pushing for sanctions against North Korea, Russia and Iran, who she describes as a “significant threat” to the U.S., refusing to rule out an attack on the Islamic Republic. In contrast, Sanders opposed those sanctions.

In the midst of Israel’s 2014 assault on Gaza –“Operation Protective Edge” ­–where Israeli forces killed more than 2000 Palestinians, the Massachusetts Senator repeated Prime Minister Benjamin Netanyahu’s defense of bombing civilian targets. “When Hamas puts its rocket launchers next to hospitals, next to schools, they’re using their civilian population to protect their military assets,” she stated at a town hall, failing to suggest where Hamas could locate its military installations in one of the most densely populated areas of the world. “Israel has a right, at that point, to defend itself,” she added.

Polls show Warren and Sanders locked at the front of the race for the Democratic Presidential nomination. Despite commentary declaring their positions and outlooks virtually indistinguishable, recent shifts in domestic policy, particularly on Medicare-for-All, are making this notion increasingly hard to maintain. And the two senators’ response to Bolivia puts into stark relief the differences in what a Warren or a Sanders-led administration would look like.