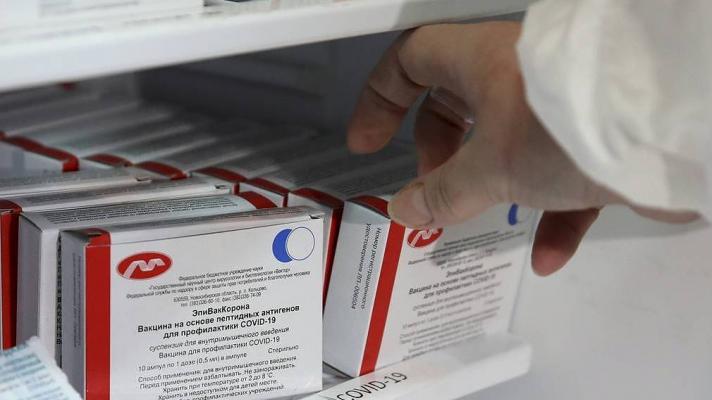 Venezuelan vice president Delcy Rodríguez reported on Monday, March 29, that the EpiVacCorona has arrived in the country. It is the second vaccine developed in Russia that has reported 100% effectiveness against COVID-19.

“The EpiVacCorona vaccine has arrived in Venezuela and will be authorized for trials. We are currently in the process of ensuring its supply to Venezuela,” said Vice President Rodríguez. She added that after the protocols for its authorization and testing, it will be incorporated into the national immunization plan, once local medical trials have concluded.

She commented that a new batch of 50,000 Sputnik V vaccines arrived from Moscow last Monday.

On July 24, 2020, the Russian center for virology and biotechnology research Vékto received permission from the Russian Ministry of Health to conduct clinical trials of EpicVacCorona on volunteers. That testing phase ended on September 30, and the vaccine was registered in mid-October. A few days ago, on March 24, the journal Infection and Immunity published the results of the clinical trials.

“They were carried out in two parts. The first stage, which aimed to study the safety, reactogenicity and immunological activity of the vaccine, involved 14 volunteers between 18 and 30 years of age. The second stage, single-blind, competitive trials, randomized and placebo-controlled, involved 86 volunteers between the ages of 18 and 60,” stated the report in the journal.

All volunteers who received the two doses of the vaccine developed antibodies against the coronavirus.

According to statements made by institute scientists in February, immunity after vaccination lasts for one year.

According to the not very balanced German publication DW, the EpiVacCorona vaccine relies on a chemically synthesized antigen—it does not contain the live virus. The antigen is a substance that causes the human immune system to produce antibodies against a virus. According to clinicaltrials.gov, a resource provided by the US National Library of Medicine, EpiVacCorona trials are ongoing, with results expected no sooner than May 2021. Russian scientific prestige gives the vaccine an additional appeal, besides the fact that it can be stored in standard refrigerators at temperatures between 5 and 8 degrees Celsius.