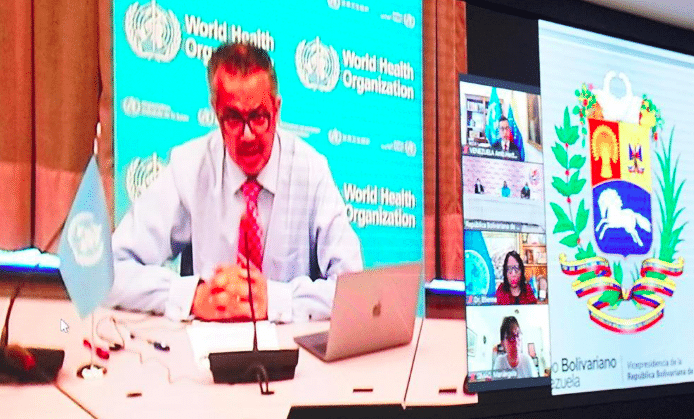 This Saturday, March 27, Venezuelan Vice President, Delcy Rodríguez, held a virtual meeting with the director general of the World Health Organization (WHO), Tedros Adhanom Ghebreyesus, to address the issue of vaccine supply within the framework of the COVAX mechanism.

In this regard, the top official of the Venezuelan government thanked the WHO authorities for the support and permanent coordination they maintain to provide support for Venezuela’s actions in the fight against the pandemic.

“We had a videoconference with the Director General of WHO, Dr. Tedros Adhanom, very early this morning,” said Rodríguez. “We want to thank him, because we know that this humble man at the head of the international organization is fighting a great battle for all of humanity,”  she added. 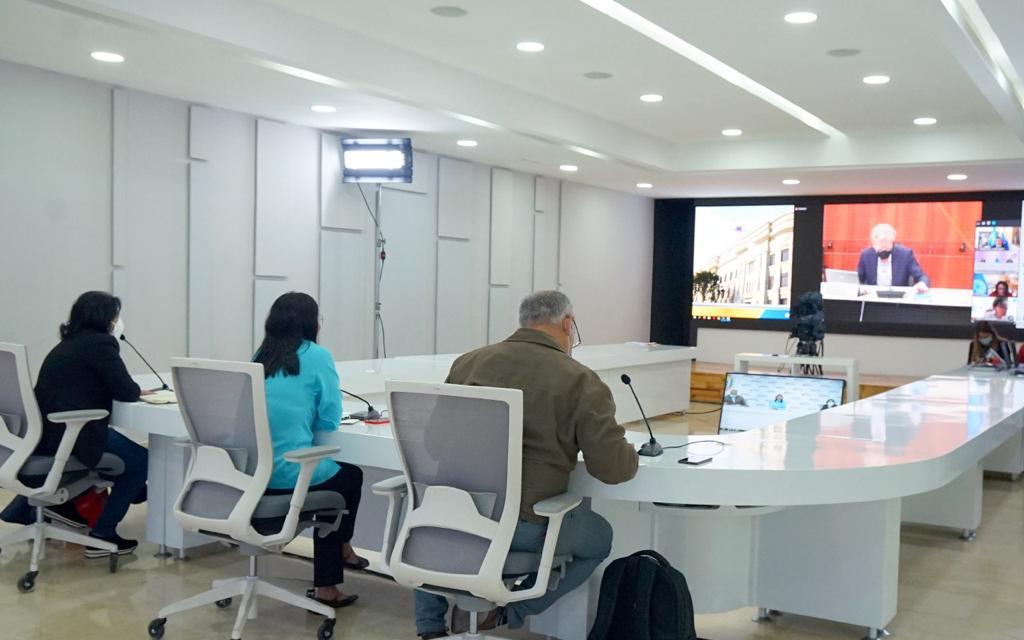 During the videoconference, the Bolivarian government informed the World Health Organization about the advances in the clinical trials of Carvativir, an antiviral made in Venezuela. In this regard, the Minister of Science and Technology, Gabriela Jiménez, provided details of 40 other projects that the country is developing, about medicines that can help humanity, as a public good.

Minutes after the meeting, the director of the World Health Organization, through a post on his Twitter account, thanked the call of Venezuela on the importance of promoting mechanisms for equitable supply of vaccines in favor of peoples around the world.

Gracias, Vice-President @DRodriguez_en for a constructive call on #Venezuela’s need for #COVID19 vaccines. @WHO, @pahowho & #COVAX are committed to ensuring & accelerating the flow of vaccines to 🇻🇪 & all countries, so that priority groups can be vaccinated A.S.A.P. #VaccinEquity

Executive Vice President Delcy Rodríguez confirmed that together with the director of the WHO, all aspects of the COVAX mechanism were evaluated in detail, and the nature of the available vaccines and the pssible timelines for their eventual acquisition were discussed.

She also denounced how factions of the Venezuelan extreme right, with the support of foreign elements, are pressing to prevent the South American nation from obtaining more doses to expand the vaccination process against COVID-19.

RELATED CONTENT: Venezuela Sues the US at the WTO for Coercive Measures

In this respect, she recalled that on December 29, 2020, Juan Guaidó’s lawyers, belonging to the Arnold and Porter firm, sent a communication to the Central Bank of Venezuela, in which they expressed that “their client” opposed the proposal of President Nicolás Maduro to allocate to the COVAX fund national resources seized in the Bank of England. 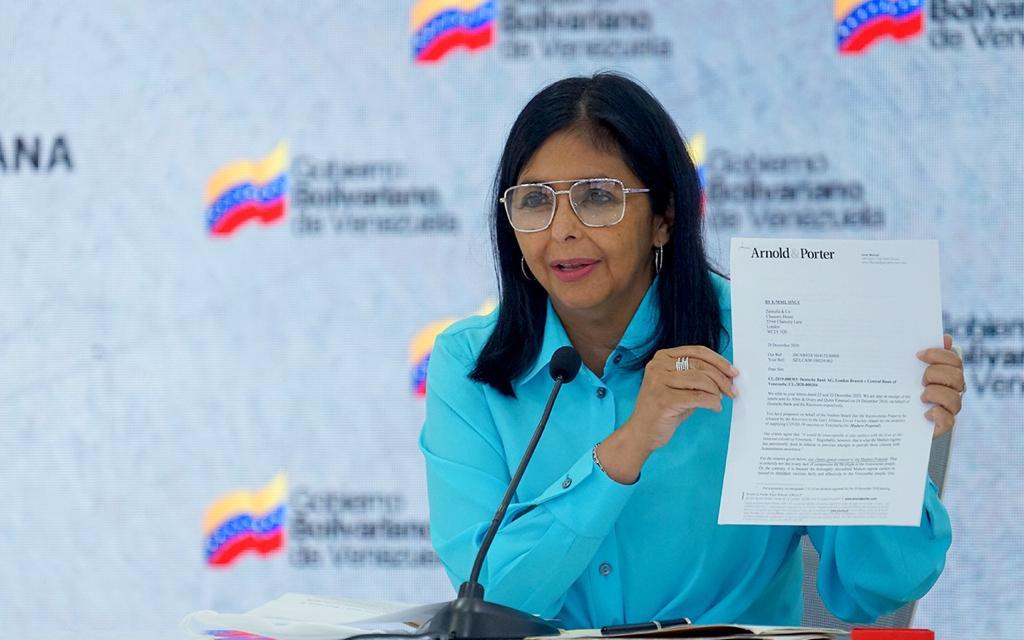 “Venezuela has to know the truth,” said Rodríguez. “Who is at the forefront of this battle is the head of state and government, President Nicolás Maduro. While the extremists who loot and work for the dispossession of resources from Venezuela, with support of foreign powers, have opposed the vaccination process for our people,” she highlighted.

Calling those actions another terrible, sad and criminal episode of former deputy Guaidó, the vice president lamented that he has done the unthinkable to prevent the vaccination of the Venezuelan people. “Then, in a hypocritical way, he tries to come and deceive our people, about the COVAX mechanism,” she added.

In recent days, social media “influencers” and the “free press” financed by the United States and Europe have been pushing trending topics insinuating that the Venezuelan government is not allowing vaccines to enter the country.

Venezuela has already initiated mass vaccination with Sputnik V and Sinopharm vaccine. The government is also working to get additional batches of the most reliable vaccines through the COVAX mechanism, but its attempts to pay for the vaccines are being barred by US and European countries and international and foreign banks that continue to keep Venezuelan national resources seized or frozen.