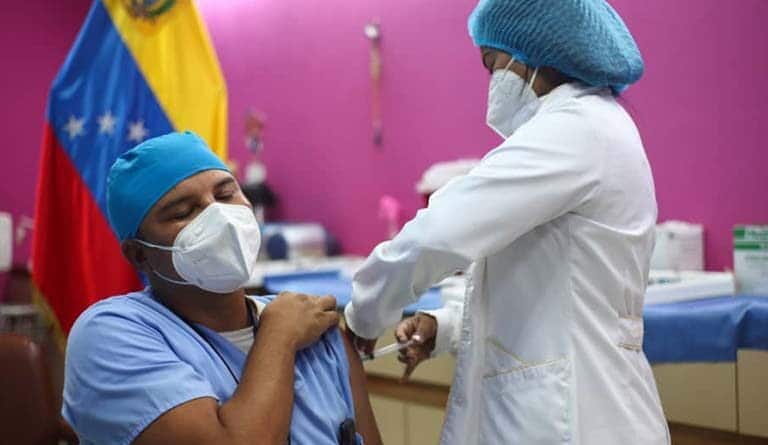 Caracas, Mar 28 (Prensa Latina) – Venezuela proposed the exchange of oil for vaccines as a payment method in the acquisition of vaccines intended to immunize the population against Covid-19, President Nicolás Maduro reported today.

During his weekly TV broadcast on the pandemic situation, the president raised this alternative, until the financial resources of the country blocked in various banking institutions in the United States and Europe are released.

Venezuela has oil tankers, and clients who want to buy the crude, and would dedicate a part of its production to buy the necessary vaccines, said the head of state, presenting it as an alternative to the blockade and sanctions launched by the United States and European Union aimed to suffocate the Venezuelan people in order to provoke a change of government.

According to official figures, assets worth seven billion dollars belonging to the Venezuelan State remain frozen in international banks, a part of which could have been used to purchase vaccines to counter the pandemic.

The government of Venezuela once again decried this blocking of assets in international banks, funds that are urgently required to purchase vaccines against COVID-19.

RELATED CONTENT: President Maduro: “We Are Not Bringing in Any Vaccines Causing Havoc in the World”

During a video conference held on Saturday, the Venezuelan Executive Vice President Delcy Rodríguez and the director general of the World Health Organization (WHO) discussed the supply of COVID-19 vaccines through the global fund COVAX.

The Caracas authorities announced that they will only permit vaccines verified by the country’s scientific and health authorities, an action aimed at guaranteeing the health of the population amid growing global concerned over the AstraZeneca vaccine.

In this regard, the Venezuelan government has decided not to grant license for the use of the vaccine developed by the British pharmaceutical company AstraZeneca, due to blood clot complications in people immunized with this antigen in various European countries.

Likewise, the South American country plans to incorporate—after completion of third phase clinical trials—the Cuban vaccine Abdala into the COVID-19 vaccination scheme in July, together with the antidotes Sputnik V (Russia) and Sinopharm (China) which are already being administered for mass vaccination in Venezuela.

In April, Venezuela will receive a total of 60,000 doses of the preparations Abdala and Soberana 02, two of the vaccine candidates developed in Cuba to counter the SARS-CoV-2 virus, in order to participate in the third phase of their respective clinical trials.

Featured image: Venezuelan healthcare and law enforcement personnel and teachers are being vaccinated over the last several weeks. File photo.