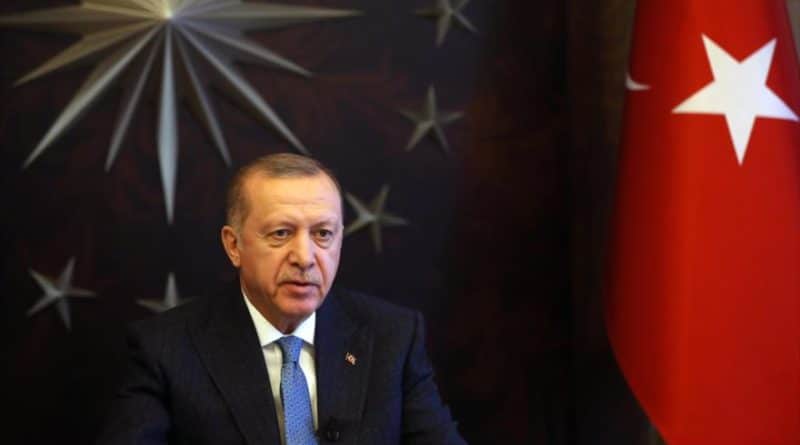 In an allusion to the new anti-terrorist offensives of the Syrian forces in Idlib (northwest), from Istanbul Erdogan accused the government of his Syrian counterpart, Bashar al-Asad, of “violating” the truce pact sealed on 5 March, between Ankara and Moscow.

Damascus, according to the Turkish president, will have to compensate with “large losses” in the ranks of his Army, if it “insists on continuing to violate” the agreement that seeks to eliminate the risk of a direct clash between the Turkish and Russian troops, who are fighting on opposing sides in the Arab country.

Erdogan, speaking after a meeting with his cabinet, added that Ankara will not tolerate “attacks” by the Syrian Army in the so-called tension de-escalation areas in Idlib, “nor allow any dark group to violate” the ceasefire agreement.”

RELATED CONTENT: Oil (WTI) Falls Below Zero Dollars a Barrel for the First Time in History

Ankara, however, is silent when terrorist groups such as the Al-Nusra Front (also known as the Fath Al-Sham Front) attack towns in that province.

Erdogan’s statements came on the same day that Syrian forces bombarded various terrorist targets in Idlib in response to their attacks on civilians and military positions, while the truce agreement was serving its 46th day, the opposition Syrian Observatory for Human Rights (OSDH), based in the United Kingdom, confirmed on Monday.

Turkey continues to send troops, tanks and logistical and military supplies to northern Syria, without authorization from the Al-Asad government. Damascus, however, has made clear that such a military presence will not be able to save Takfiri extremists, nor will it deter Syria’s anti-terror campaign.

Erdogan’s Turkey, in fact, came from a foreign policy based on the premise “zero problems with neighbors” to one of there is no neighbor with whom it has no problems. Such a political turn, which went from peaceful and friendly ties with neighbors to direct or indirect military or non-military interventions in Syria, Iraq and Libya, is reminiscent of the theory of a “return to the Ottoman era”.

The Turkish president thought that by attacking the Syrian forces in Idlib, he could easily defeat them, ignoring that he would be entering a swamp with no return.