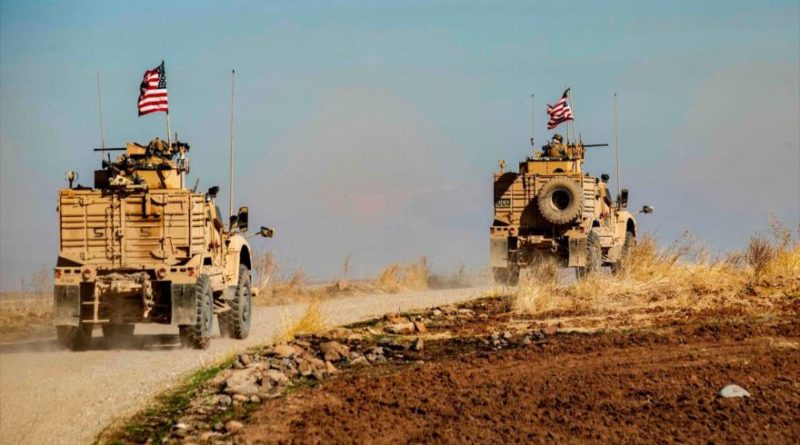 Syrian Army forces, along with a group of civilians, again prevent the transit of a US military convoy in the Al-Hasaka province (northeast).

Residents of two villages in the city of Al-Qamishli, the capital of Al-Hasaka, have joined forces with the Syrian Army to block the crossing of a US convoy with their people, the official Syrian news agency SANA reported on Thursday.

The US military convoy, consisting of five armored vehicles, was seeking to enter the villages of Abu Qusayb and Al-Rahya al-Sawda, the outlet explains. However, it points out, the resistance presented by the Syrian people and the Army forced the US convoy to retreat from the area.

No shots were exchanged and no one was injured during the incident, local media added, citing one of their correspondents in that area.

The new failed attempt by the US occupying forces comes just a week after Syrian forces, supported by outraged locals, blocked the passage of two American military convoys into the Hamu village, also in Al-Hasaka.

The Damascus government, led by Bashar al-Asad, denounces the illegal presence of the United States on its territory and accuses Washington of blatantly plundering Syrian oil resources. In this regard, Russia has revealed, through satellite images, the involvement of Washington in the smuggling of black gold from the Levantine country.

Despite the constant rejections and denunciations by the Syrian government and people, Washington continues to deploy large numbers of soldiers in Syria and continues to send thousands of trucks full of weapons, military and logistical equipment to the northern areas of the oil-rich Arab country.

In this same line, the USA earlier this April, sent another military convoy, made up of 35 trucks loaded with military and logistics equipment, to north-eastern regions of Syria through the Al-Walid border crossing in northern Iraq.

Featured image: US military convoy near the city of Al-Muabada, in the Syrian province of Al-Hasaka, November 9, 2019. (Photo: AFP)