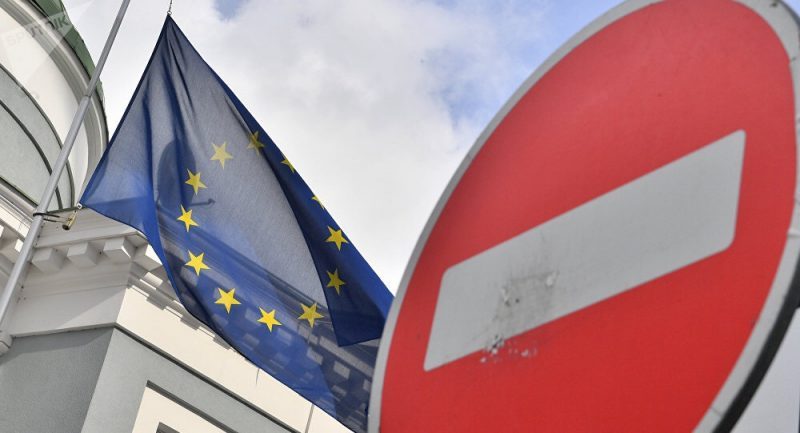 A group from the European Parliament arrived at the Simón Bolívar international airport in Maiquetía, Vargas state (north), around 18:00 GMT (22:00 GMT) , and their spokesman, MEP Esteban González Pons, asserted that they were prevented from entering Venezuela and they were notified that they would be deported.

“At this moment we are being expelled from Venezuela, our passports have been withheld, they have not communicated the reason for the expulsion, nor do we have any document that justifies why,” Pons told a video posted on the social network Twitter.

Pons, first of the Group of the European People’s Party and spokesman for the Spanish delegation of the Popular Party, was accompanied by MEPs Paulo Rangel, Esther de Lange, Jose Ignacio Salafranca, Gabriel Mato and Juan Salafranca. The European parliamentarian stressed that the delegation visited Venezuela with a special invitation from Parliament. “We came to Venezuela with a special invitation from the Venezuelan National Assembly, which is an internationally recognized body, and recognized even by (Nicolás) Maduro himself,” he added. In the video posted on the social network Twitter, Pons referred to Guaidó as “interim president of Venezuela.” Venezuelan Foreign Minister Jorge Arreaza assured that the government notified through diplomatic channels and in advance that it would not allow the European Parliament delegation to access its nation, considering that the visit had “conspiratorial purposes”.

“Through official diplomatic channels, the authorities of the Bolivarian Government of Venezuela notified the group of MEPs several days ago that they intended to visit the country for conspiratorial purposes, that they would not be admitted and they were urged to desist and avoid another provocation,” Arreaza wrote. in your Twitter account.

The Foreign Minister indicated that the Government headed by President Nicolás Maduro will not allow “interventionist actions”.

“The Constitutional Government of the Bolivarian Republic of Venezuela will not allow the European extreme right to disturb the peace and stability of the country with another of its gross interfering actions,” he added in the aforementioned social network.

On January 21, the European Parliament approved a resolution recognizing the opposition Juan Guaidó as “legitimate interim president of Venezuela.”

The European Parliament also called on the diplomatic service of the European Union (EU) and the participating countries to approve an equal resolution.

On January 23, Guaidó, who holds the position of president of the National Assembly of Venezuela, proclaimed himself “president in charge” of the country.

For his part, President Nicolás Maduro, who assumed the second term on January 10, called Guaidó’s declaration an attempted coup and blamed the US for having orchestrated it.

Several countries of the American continent, with the USA at the head, ignored Maduro and expressed their support for Guaidó; Mexico and Uruguay abstained from doing so, offering to mediate in a political solution to the crisis; and Russia, China, Cuba, Bolivia, Iran and Turkey, among others, reaffirmed their support for the current Venezuelan Government.