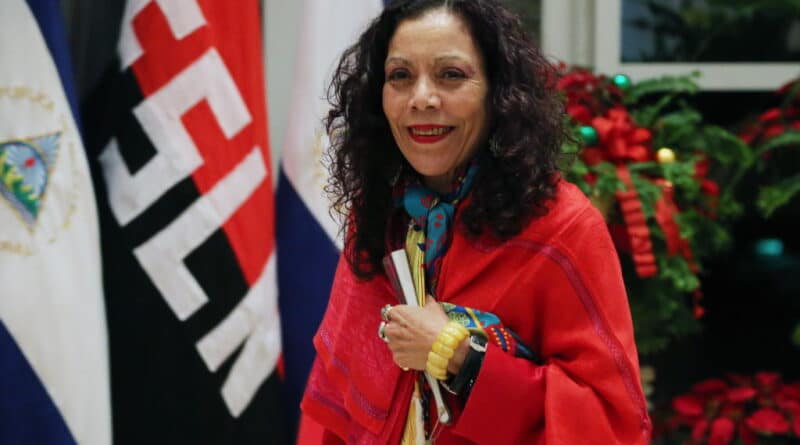 On Monday, August 2, the Council of the European Union (EU) announced the imposition of sanctions on the Vice President and First Lady of Nicaragua, Rosario Murillo, and seven other individuals for alleged involvement in human rights violations.

“The Council has imposed restrictive measures on eight individuals, including Vice President Rosario Murillo, for being responsible for serious human rights violations or actions undermining democracy and the rule of law in Nicaragua,” read the official statement of the EU Council.

RELATED CONTENT: History Tells us the United States’ Supposed ‘Concern for Democracy’ in Nicaragua is Nothing of the Sort

In justifying its decision, the EU Council noted that “the political situation in Nicaragua has deteriorated further in recent months” and that “the political use of the judicial system, the exclusion of candidates from the elections and the arbitrary disqualification of opposition parties are contrary to basic democratic principles and constitute a serious violation of the rights of the Nicaraguan people.”

“Today’s additional measures demonstrate that the EU remains determined to use all its instruments to support a democratic, peaceful and negotiated solution to the political crisis in Nicaragua,” continued the statement.

According to the European Union, the arrest of Noel Vidaurre in late July, who was the seventh self-proclaimed “presidential pre-candidate” to be detained in the Central American country, “illustrates the magnitude of the repression in Nicaragua and projects a worrying image for the upcoming elections.”

The 27-member bloc again demanded “the immediate and unconditional release of political prisoners, as well as full respect for human rights and the civil and political rights of all Nicaraguan citizens.”

RELATED CONTENT: How did Nicaragua Reduce Hunger and Malnutrition? (Video)

It is worth recalling that none of the so-called “pre-candidates” were actually pre-candidates for the presidency of Nicaragua, as that can only be formalized by the Supreme Electoral Council (CSE) of Nicaragua after the submission of nominations by the aspirants. The seven detainees, branded “political prisoners” in the EU Council statement, had all proclaimed themselves as “pre-candidates for the presidency.” None of them are political prisoners either, but instead are under investigation, by order of the Nicaraguan judiciary, for having received millions of dollars from USAID and other organizations of foreign governments to carry out political activities in Nicaragua, which is illegal according to Nicaraguan law and the Constitution.

Besides Vice President Rosario Murillo, the other top officials of Nicaragua on whom the sanctions have been imposed are Alba Luz Ramos, president of the Supreme Court; Gustavo Porras, president of the National Assembly; Attorney General Ana Julia Guido; General Commissioners of the National Police, Fidel Dominguez Álvarez and Juan Antonio Valle; Commander Bayardo Arce Castaño, advisor of the president on economic matters; and Juan Carlos Ortega Murillo, director of the news channel Canal 8.

The government of Nicaragua has condemned this latest act of aggression by the European Union as part of the ongoing US-led regime-change operation against the Sandinista administration headed by Daniel Ortega.