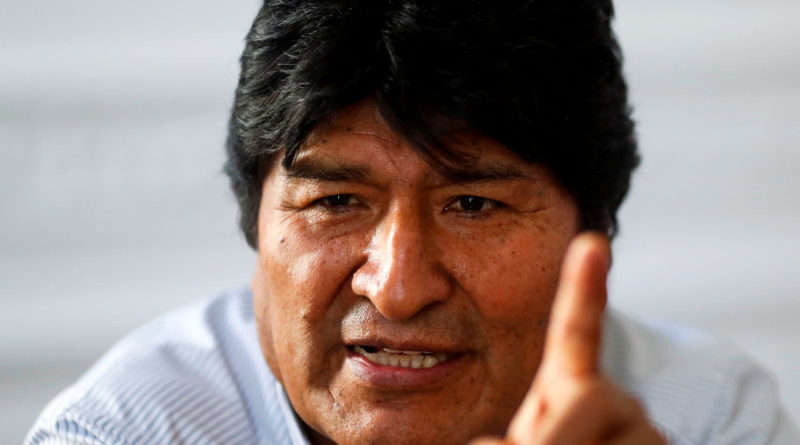 “I ask for the immediate release of my attorney and the return of all my documents,” demanded the deposed president of the Andean country.

On Friday the ousted president of Bolivia, Evo Morales, denounced the “illegal” detention of his agent in the Andean country, Patricia Hermosa, who was responsible for carrying out the filings his nomination as a candidate for the assembly.

Also, Morales reported the seizure of his personal documentation, such as his military service records, during the apprehension of Hermosa.

“There is no democracy, no clean elections when there are daily detentions and violations of constitutional guarantees and human rights. I ask for the immediate release of my attorney and the return of all my documents,” Morales wrote on Twitter.

The Ombudsman of Bolivia, Nadia Cruz, reported that Hermosa was arrested by members of the Bolivian Police, on the orders of a colonel named Rojas.

According to Cruz, the troops reported that they would transfer her to the headquarters of the Special Force to Fight Against Crime. However, they do not know her whereabouts.

The threat to stop Morales
This Thursday, Morales announced the possibility of returning to Bolivia to present himself as a candidate for legislator in the general elections, scheduled for next May 3. To advance the application, that process was started by Hermosa.

“In my department they have asked me to be a candidate for national deputy or senator, everything will depend on the municipality where I have lived: Cochabamba,” he said.

Before that announcement, the Deputy Minister of Internal Affairs and Police of the de facto government, Daniel Humérez, said that “if he [Evo Morales] steps on Bolivian territory, immediately, the Public Ministry, assisted by the investigative apparatus, which is the Bolivian Police, will proceed with his arrest.”