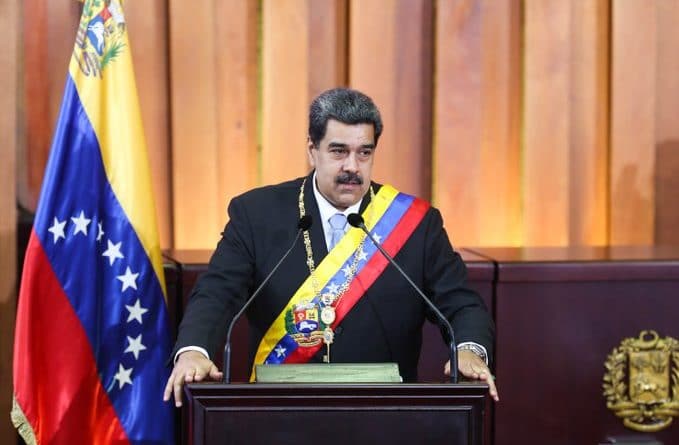 The president of the Bolivarian Republic of Venezuela, Nicolás Maduro, asked the Attorney General, Tarek William Saab and the president of the Supreme Court of Justice (TSJ), Maikel Moreno, to invite the Colombian authorities to take the statement of former senator Aida Merlano, captured in Venezuela by the Special Actions Forces (FAES).

“I have made the decision, I asked the Prosecutor and the Supreme Court to invite the Colombian institutions that want to take the statement of the former senator. I make a public invitation to senators, deputies and the Colombian press that wants to interview Merlano,” said the president who made the proposal as a response to the refusal of Iván Duque’s government to request the extradition of the former Colombian senator from the government and institutions of Venezuela.

“We are on alert for the entry into Venezuela of terriorist groups from Colombia who intend to commit violent acts against the FANB and the institutions. I alert the people to these terrorist groups so that the military civic union is put to work. Behind these plans there is only one name, Ivan Duque, his despair now grows, we must be aware, ”he said.

In the opinion of President Maduro, Duque’s despair against the Venezuelan government increased after the capture of Aida Merlano, sentenced in Colombia to 15 years in prison for electoral fraud, who might have handled substantial information on the Colombian government’s conspiracy plans against Venezuela and about political corruption in Colombia.

“Duque has a new reason to be desperate, Venezuelan investigative bodies and FAES captured a former senator who escaped from Colombia. There was an apprehension order; an Interpol red code against Aida Merlano and she was captured. She is being detained at the order of the Public Ministry and the courts of the Republic,” said Maduro.

At the insistence of Duque to request the extradition of Merlano from Juan Guaidó, the Venezuelan head of state said that “international relations cannot be guided by ideological extreminism”, which is why he highlighted “the lack of realism and political pragmatism” of the Colombian president.