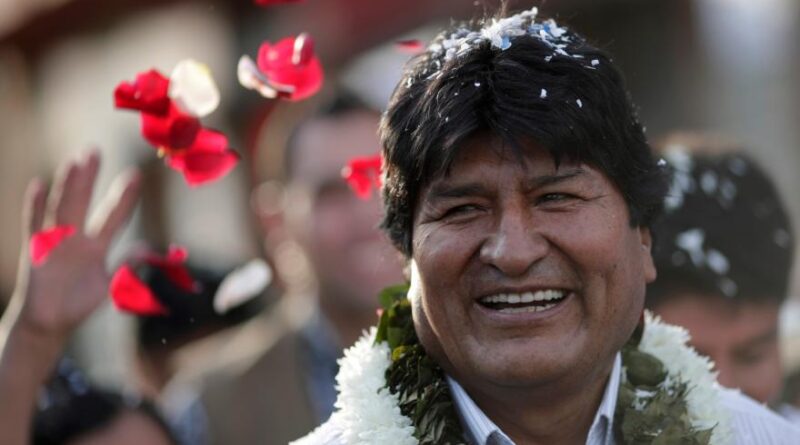 The Vice President of the Six Federations of the Tropic of Cochabamba, Andrónico Rodríguez, assured today that Evo Morales will return to Bolivia on November 9, after spending several months as a refugee in Argentina.

In an interview with the Telesur network, the senator elected by Cochabamba from the Movement for Socialism (MAS) guaranteed the arrival of Morales on Bolivian soil for that date, just one day after the new president, Luis Arce, takes office.

RELATED CONTENT: What Bolivia can Teach the United States About Democracy

Rodríguez also stressed that Morales will go to Cochabamba on November 11, “the day he left, the same day he arrives, from the same place he left. It’s going to be a historic day for us.” It is worth remembering that in November 2019, Evo Morales was deposed as president of Bolivia after suffering a coup, led by several politicians and high-ranking members of the army and police.

At that time, Morales left the country for Mexico, although he later moved to Argentina, where he currently resides as a political refugee. Meanwhile, from the de facto government, led by Jeanine Áñez, countless charges were issued against the indigenous leader, which were recently dismissed. The MAS, led by Arce, won the general elections on October 18, backed by an overwhelming majority of votes.