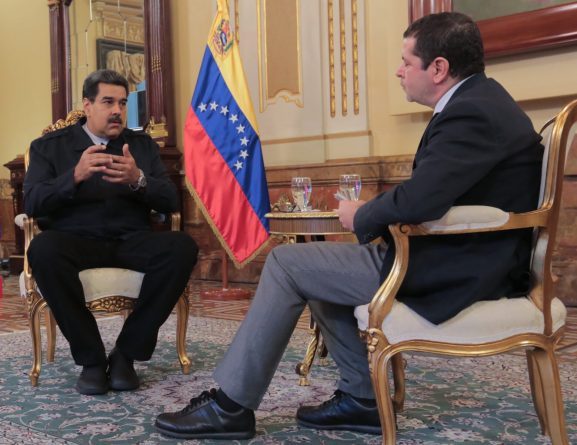 The President of Venezuela, Nicolás Maduro Moros, assured that the actions of interference by the United States government, against Venezuela and the world are a reaction of despair of a declined empire. “Mike Pompeo reflects an empire that only shouts and threatens because his power in the world is in decline and is ending,” the president said in an exclusive interview with the news network CNN Turk, in the city of Caracas.

He noted that the Secretary of State of the United States, Mike Pompeo and his government do not accept the emergence of new nations and regions powers, which consolidates a multipolar, multi-centric economic, political and social world in the integration of the world.

“Humanity has never had a level like today’s international law of multilateralism practices,” emphasized President Maduro.

He reiterated that in the world there is no longer the hegemony of domination that prevailed for centuries in different continents of the world. “It is not time for empires, Pompeo is a person who speaks with a lot of hatred, he is a warmonger, he is not a diplomatic man who bases his relations on respect”.

He said that the US government intends to govern the world with aggressive actions and that Venezuela will not accept threats or actions of interference from any sector. “Venezuela is going to defeat this coup d’état and there will be no imperial power that will break the moral power of its people,” the president concluded.

US Government he accepted decree of rupture of diplomatic relations

“The government of the United States complied with the Vienna Convention and the decree of rupture of diplomatic and political relations that I issued,” President Maduro said during the interview.

In order to deal with common issues between both nations, offices will be established in our capital cities. “We have agreed to establish offices of common interests in Caracas and Washington. For this I have authorized that a small group remain for 30 days to negotiate,” he said.

He said he is committed to creating an atmosphere of dialogue with all sectors, based on mutual respect. “I believe in the dialogue and in the defense of the interests of Venezuela and the United States and Venezuela, we have many interests in common,” he said.