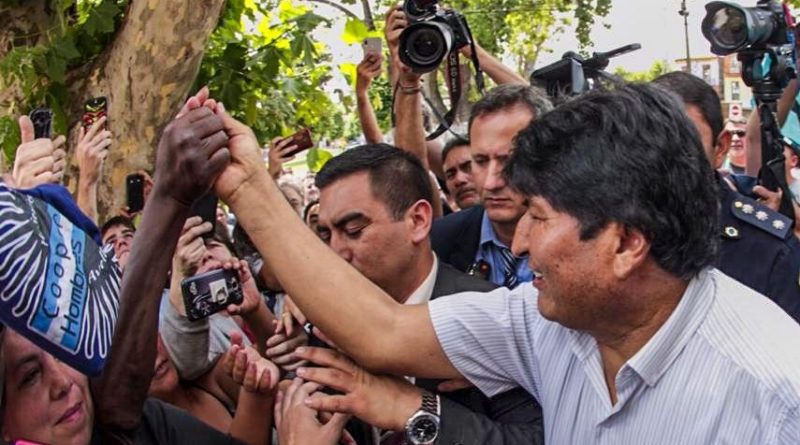 The legitimate president, Evo Morales, said Sunday that “we will soon recover democracy” in Bolivia, two months after his departure from the South American country, after a coup d’etat against him, orchestrated by the right-wing opposition with US support, last November.

In a tweet, the Bolivian leader recalled that two months have already passed since the day he was forced to leave his homeland, but he added “today we are determined to return to Bolivia.”

“That determination comes from the people, from the whipala and the pollera. We will fight against racism and discrimination, and we will recover democracy,” he said.

Morales was stripped of the Presidency of Bolivia, after the army “suggested” he leave last November, after having won the general elections of October 20, 2019, but right-wing opposition, with the support of the OAS, did not recognize his victory.

After the president’s departure, a de facto government, headed by Senator Jeanine Áñez, who proclaimed herself president, usurped power, an action that was rejected by most countries, with exceptions, such as the United States among others.

In another tweet, Morales said that “the unity of the people will be the triumph of the humble and the patriots.”

“With our Democratic and Cultural Revolution we have refounded Bolivia, so it is unstoppable. We will return and we will be millions!” said the constitutional president.

Ollie Vargas (@Oargas52), tweeting from Oruro in Bolivia for several weeks, posted yesterday on his twitter account that there is huge support for the ticket of David Choquehuampa (for President) and Andronico Rodriguez (for VP).

We've been asked not to film inside the congress of Bolivia's social movements, but two most important points of discussion:

-Huge support for David Choquehuanca (ALBA secretary) to be presidential candidate for the MAS, and Andrónico for VP

-Enthusiasm for protests on 22nd pic.twitter.com/NCOj3mghiL