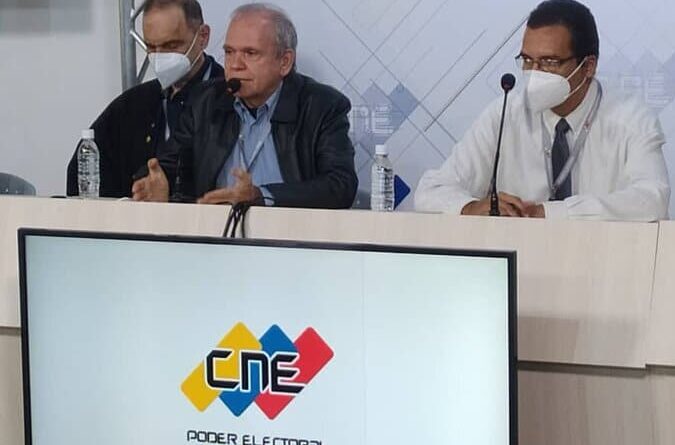 At a press conference held earlier today, a group of IT experts and technical auditors stated that Venezuela’s automated voting system is completely solid and guarantees electoral transparency, as the Bolivarian Republic approaches the mega-elections scheduled for November 21.

One of the spokespersons for the group of experts, Professor Emilio Hernández, doctor in computer science from the University of Southampton in England and retired professor from Simón Bolívar University, confirmed that “we have found that the system fully complies with the goal of providing accurate and fast tabulation. In addition, it guarantees privacy to a very high degree, and prevents identity theft.”

Hernández reiterated that the software of the machines is “robust” and is “very well-designed to achieve the objective of preserving the vote and safeguarding the privacy of the voters who come to vote. The comprehensive audit of the voting system focused on the voting machine software and the platform constitutes a highly accessible high-performance computerized system.”

Similarly, Robinson Rivas, director of the School of Computing at the Central University of Venezuela, who holds a master’s degree in computer science from the Simón Bolívar University, also stated that the scientific-technical review demonstrated that the electoral tabulation system was robust. Rivas provided a couple of suggestions regarding the possibility of strengthening the procedural and regulatory aspects. In addition, he proposed as an improvement a process that would speed up the verification of the software, to reinforce most of the system that is fully automated.

It is worth clarifying that Simón Bolívar University and the Central University of Venezuela are the most prestigious education institutions in the South American country. They are autonomous universities with authorities, and professors who are generally considered to be mostly anti-Chavistas.

“We have done an appropriately thorough job,” said Robinson Rivas. “The software fully complies with the main characteristics that a voting system should have: reliability and security of the vote.”

He took the opportunity to thank CNE’s logistics, production, and audiovisual staff for the enormous work they have done to facilitate the audit.

Robinson Rivas clarified that no irregularities had been detected that invalidated any previous acts: “We are making suggestions to reinforce or minimize the possibility of an attempt to alter the software, and these provisions make the automated system completely reliable.”

Rivas assured that “our work is completely technical” and that the team will “deliver a direct report to the National Electoral Council. Therefore, we have not had contact with any political party, nor do we represent any political organization.”

“The technical details of the system must be recognized, not only at a journalistic level, but at a technical level,” said Professor Hernandez. “As I said before, the system as a whole is disconnected from the internet, to prevent any cyberattack. Nor can electrical failures cause any problems. To summarize, this electoral system is almost—from the computational point of view—it is like a great jewel, it is a great system with a high-security platform. This is the most complete and safest electoral system in the world.”

“We hosted the visit by the representatives of the European Union, and they were given a presentation of the whole system, and they had the opportunity to ask their questions, which were answered by the team of auditors,” the audit team reported.

Featured image: IT experts during a press conference from CNE headquarters in Caracas this Monday, July 26. Photo courtesy of CNE.