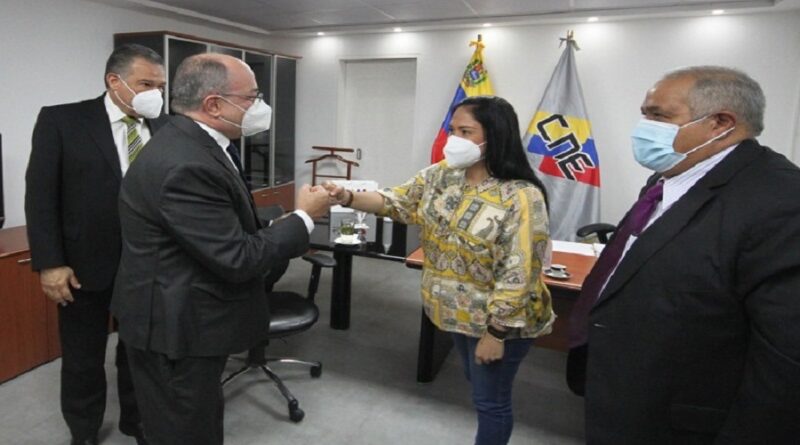 The National Electoral Council (CNE) will provide technical support to the right-wing opposition party Democratic Action (AD)—the faction led by Bernabe Gutierrez—for its primary elections in the state of Táchira. The primaries are held in the framework of preparations for the November 21 regional elections. The news was reported by the CNE’s official Twitter account @cneesvzla.

In the statement, the CNE pointed out that the governor of Táchira, AD’s Laidy Gómez, met previously with the vice president of the Council, Enrique Márquez, from whom she formally requested support to carry out its primary elections in the Andean state.

The current governor of Táchira explained on her Instagram account that, “complying with the requirement of Táchira specified by UNIDAD, I have formally requested the holding of primary elections before the CNE authorities.”

She reported that the request was made to facilitate the work of the operational structures of her party, whose leadership fully agrees with this initiative, as well as other political organizations that will announce their support in due time.

She announced that the CNE will help in this process, which will be completed before the expiration of the deadline for providing nominations for the ballots. “It is the most responsible thing that I can offer to my state Táchira, as a governor in office and aspiring to re-election,” she told to the cameras of Venezolana de Televisión (VTV).