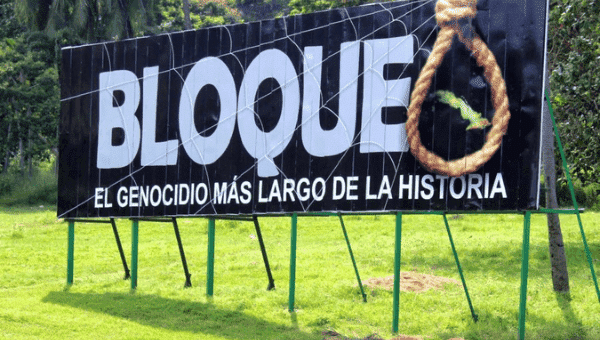 The renowned Spanish analyst Julián Macías Tovar has broken down the intense campaign extended across social media networks against the Cuban Revolution in the last few days. It was launched from outside of Cuba and one of its directors was the Argentinean Agus Antonelli, a right-wing political operator who has participated in several campaigns against leftist movements in Latin America.

The operation made extensive use of robots, algorithms, and accounts recently created for the occasion, intended to amplify the messages issued by the directors of the manipulative campaign.

The first account that used the hashtag #SOSCuba to comment on the COVID situation in the country was one located in Spain. It posted more than a thousand tweets on July 10 and 11, with automation of five retweets per second. The account indicated by Tovar, @kisabel20092013, has now been suspended.

Antonetti is part of the right-wing Fundación Libertad (Liberty Foundation, of the Liberal Network for Latin America). Antonetti has been an active participant in hoax campaigns using bots on social media networks including those mounted against Bolivia’s former president Evo Morales and Mexico’s current president Andrés Manuel López Obrador, as previous investigations revealed, leading to restrictions that Facebook applied to numerous accounts.

In his investigation Tovar revealed that campaigns were carried out for artists to participate using a tweet with the hashtag #SOSCuba, drawing attention to recent deaths caused by COVID and an alleged lack of medical resources. What was striking about Tovar’s findings was that almost all of the initial retweets came from newly created accounts or those that had a maximum age of one year. More than 1,500 of the accounts that participated in the operation using the hashtag #SOSCuba were created between July 10 and 11.

The international media then took it upon themselves to provide greater visibility to the campaign, and referred to those artists whose accounts participated.

On Sunday, July 11, with hundreds of thousands of tweets and the participation of numerous artists’ accounts, the hashtag became a trending topic in several countries. At that time, the first demonstration in San Antonio de Los Baños, Cuba, was reported from the United States by the account of a Twitter user called Yusnaby with thousands of RTs. As Tovar wrote: “Curiously Yusnaby (US Navy) is the account that shows up the most by far in threads because it is part of the patterns of automated fake accounts that spread hoaxes and hate campaigns.”

“What is happening in Cuba?” Tovar wrote on Twitter (above). “I analyzed over two million tweets using the hashtag #SOSCuba, which began with artists and thousands of newly created accounts and bots asking for humanitarian aid and mentioning COVID deaths, and ended with a protest in the streets.”

Tovar reveals that when analyzing the campaign’s hashtag, the most noticeable thing was the repetition of exact tweets, which denotes the existence of automated patterns with hundreds of thousands of tweets.

Another evident element of the operation is the massive use of automated accounts, similar to social media campaigns employed during the coup d’état in Bolivia.

RELATED CONTENT: Cubans Demand Respect for Sovereignty & Self-Determination With Which They Decided to Build Socialism

Tovar also denounced the use of manipulated images of events in other countries, and the evident connections between the social media campaign and various right-wing media outlets.

The investigation confirms the accusations of Cuban authorities, who stated that #SOSCuba was an intentional online operation to which “considerable resources are dedicated, it is not something improvised,” in the words of Cuba’s Minister of Foreign Affairs Bruno Rodríguez. “It is something very well designed [by] structures and agencies of the United States with laboratories dedicated to creating these conditions and achieving these objectives.”

Featured image: The blockade perpetrated by the United States against Cuba for decades, rejected by all the countries of the world except Israel, is genocide and should be the target of the wrath of all Cubans and of all international institutions in this conflict. Photo: Twitter/@JulianMaciasT