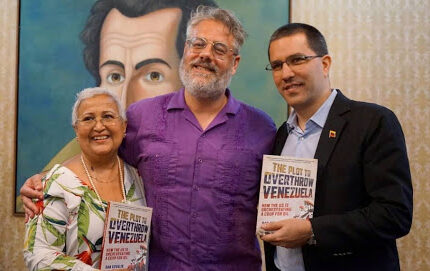 Join us in this new revised webinar with Dan Kovalik and please share this invitation.

We are faced with possible US intervention in Haiti after the murder of the president, a possible coup over the election results in Peru, new US backed protests in Cuba, the positive election results in Chile, the continued bloody repressions in Colombia, regime change plans against Sandinista Nicaragua, and the growing movement to free Venezuela’s Alex Saab. Dan Kovalik, labor and human rights lawyer, has been on delegations to many of these countries, and he will review the present state of the popular struggles and Washington’s moves to thwart them.

Dan Kovalik, retired human rights and labor attorney participated in the recent Bicentennial Congress of the Peoples of the World, held in Caracas, June 21-24. He has up to date information on the recent advances in the Venezuelan people’s struggle against the US blockade. These include the building of the fifth Caracas metro line, visits to worker-owned factories and cooperatives.

RELATED CONTENT: April 15 Webinar: Armed Conflict on the Venezuela-Colombia Border – The Battle of Apure (Translation to be Provided)