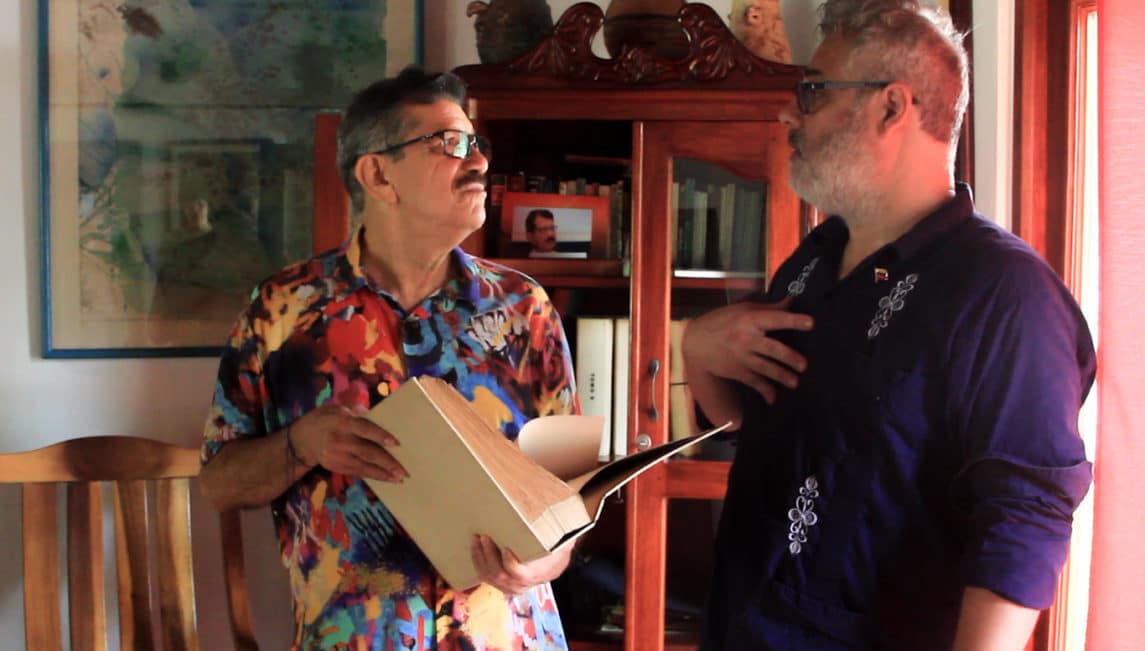 For years, I wondered about Omar Cabezas, the Sandinista guerilla who turned us on to the dream of revolution in the first place. Where was he now? Did he still support the Sandinistas and Daniel? Why aren’t the media talking to people like him?

When I was in college in Dayton, Ohio in the late 1980s, radical students such as myself became quickly acquainted with the book Fire from the Mountain by Omar Cabezas. This book was in fact a bible of sorts for young people excited about the story of rag-tag guerillas in Central America fighting at impossible odds against U.S.-backed dictatorships and death squads. In the case of Nicaragua, the Sandinista guerillas actually triumphed in 1979, ousting the infamous dictatorship of Anastasio Somoza – a regime the U.S. Marines had helped install by force in 1934. David had slain Goliath, and Omar Cabezas, a leading Sandinista fighter, told the exhilarating story in a manner that was entertaining, relatable, and often humorous.

By the time I came across Fire from the Mountain, first published in 1982, the Sandinistas were fighting again – this time against Somoza’s former National Guardsmen, whom the CIA had organized into a counter-revolutionary terrorist group known as the Contras. Meanwhile, guerillas in both El Salvador and Guatemala were facing off with brutal death squads that the U.S. was backing to keep those countries’ right-wing dictatorships in place. Cabezas’s book was just as relevant as the day it was written, and my friends and I loved it. Bored with college and my buttoned-up life, I dreamed of being a guerilla like Omar Cabezas.

While I never really pursued this dream, I did take a month off from college in 1987 to go to Ocotal, Nicaragua to do reforestation work with the Nicaragua Network. That experience was enough to get me hooked on the high of revolution and in particular the Sandinista Revolution. I was not alone. Thousands of North Americans and Europeans flocked to Nicaragua in the 1980s to support the Revolution against Reagan’s brutal Contra War, and to live vicariously through the Nicaraguans who were living a romantic life of struggle we could only dream of.

RELATED CONTENT: Washington Will Not Invite Cuba, Nicaragua and Venezuela to Summit of the Americas

But with the change of decades from the 1980s to the 1990s, many of those whose lives were changed by their experiences in Nicaragua quickly forgot what they had learned. By 1990, the guerillas in El Salvador and Guatemala, weary from years of struggle, put down their arms in exchange for peace accords that brought little change to these terribly inequitable societies. In Nicaragua, voters were coerced by the U.S. government’s explicit threats of more war and economic sanctions into reluctantly voting the Sandinistas out of office.

And then, the unthinkable happened. The Soviet Union, without a shot being fired, fell. On Christmas day, l991, the crimson flag with the golden hammer and sickle was brought down from the Kremlin for the last time, never to be raised again. The age of Revolution was over, or so many of us thought.

Meanwhile, my cohort graduated from college, and, for the most part, went about our humdrum lives working for the man, raising families, and forgetting about the glories of armed insurrection. Thousands of copies of Fire from the Mountain were put away, gathering dust on bookshelves or ending up in the bargain section of used bookstores.

Having been raised a devout Roman Catholic, I am hard-wired to be a true believer. For me, therefore, it was not easy to put away my loyalty to Nicaragua and the Sandinistas. I continued to travel to Nicaragua and hope for a Sandinista return. And – after 16 long years in which one corrupt, neo-liberal government after another took office in Nicaragua, bleeding the country by a thousand cuts – the Sandinistas, and their leader Daniel Ortega were voted back into office. The Revolution had risen again!

However, by this time, many in the U.S. didn’t care anymore. To the extent people still paid any attention at all to Nicaragua, they simply couldn’t get excited about the boring things to which the Sandinistas — now down from the mountains without the fatigues and AK-47s that had made our collective hearts pound — now turned their attention. Instead of fighting dictators or counterrevolutionaries, the Sandinistas just built roads and hospitals and bridges; electrified a country left half in the dark by their predecessors; reinstated the free education and health care they had instituted in the 1980s but the neo-liberal governments had destroyed. In other words, they just made the lives of average Nicaraguans much better, and much happier. Yawn.

To the extent Nicaraguans are now interviewed, even on programs like DemocracyNow!, they are always people critical of the Sandinista government. Many times, they are disgruntled Sandinistas, like Dora Maria Telles, who now make a career bad-mouthing their former comrades like Daniel Ortega.

For years, I wondered about Omar Cabezas, the Sandinista guerilla who turned us on to the dream of revolution in the first place. Where was he now? Did he still support the Sandinistas and Daniel? Why aren’t the media talking to people like him?

Upon every trip to Nicaragua, I inquired about Cabezas and asked whether I could meet him. For whatever reason, no one was able to help me. Then, in the fall of 2021, my query finally received a positive response. While at a late dinner with some comrades, I again inquired about Omar Cabezas, fully expecting a non-committal answer at best. But no. Quickly, a young Nicaraguan named Sergio spoke up and said that he knows Cabezas and that he could arrange for me to meet him. The very next day, I was off in the bed of a pick-up truck (just like the ones we rode around in the Nicaragua of the 1980s) to see him with Ben Rubinstein and a small MintPress News video crew.

Daniel Kovalik teaches International Human Rights at the University of Pittsburgh School of Law and is the author of “The Plot to Overthrow Venezuela: How the US is Orchestrating a Coup for Oil.”