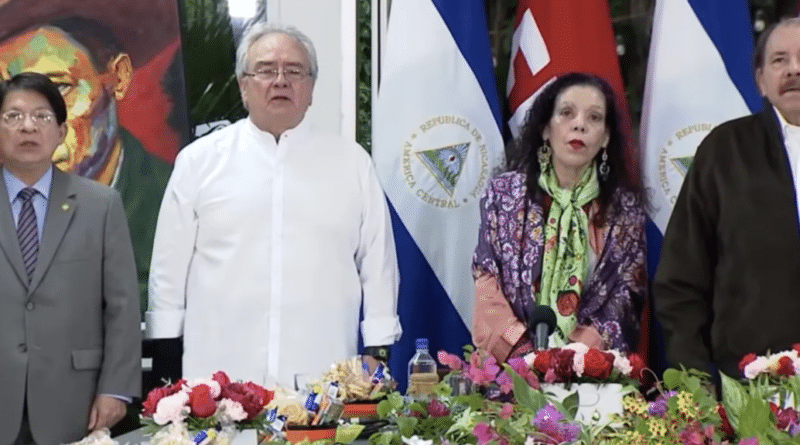 Nicaragua’s Sandinista government expelled the US-dominated OAS and expropriated its office building, where it will now create a public “Museum of Shame” to educate visitors about imperialist crimes committed against Latin America.

Nicaragua’s Foreign Ministry denounced the Washington-based organization as a “deceitful agency of the State Department of yankee imperialism,” calling it the US “Ministry of the Colonies,” which exists to support “interventions and invasions, legitimizing coups d’etat in various forms and modes.”

On April 26, the Sandinista government further announced that it had expropriated the building where the OAS had offices in the Nicaraguan capital Managua.

This office was declared public property, and will now be used to build a “Museum of Shame” that documents imperialist crimes committed against Nicaragua and Latin America.

“The real estate that was occupied by the deplorable OAS, the disgraceful OAS, has been declared of public use and will belong to the state of Nicaragua,” Vice President Rosario Murillo revealed in a speech on April 26,

“The Institute of Culture is going to develop the Museum of Shame,” Murillo said.

“What is more shameful than that Ministry of the Colonies?” the vice president added.

As Multipolarista has previously reported, the OAS was created by the US government in 1948 as a coalition of right-wing anti-communist regimes in the Americas. It was one of the first alliances of the cold war, created even before NATO in 1949.

Nicaragua’s brutal US-backed right-wing military dictatorship of the Somoza family was one of the founding members of the OAS. This dynasty was overthrown by the Sandinista Revolution in 1979.