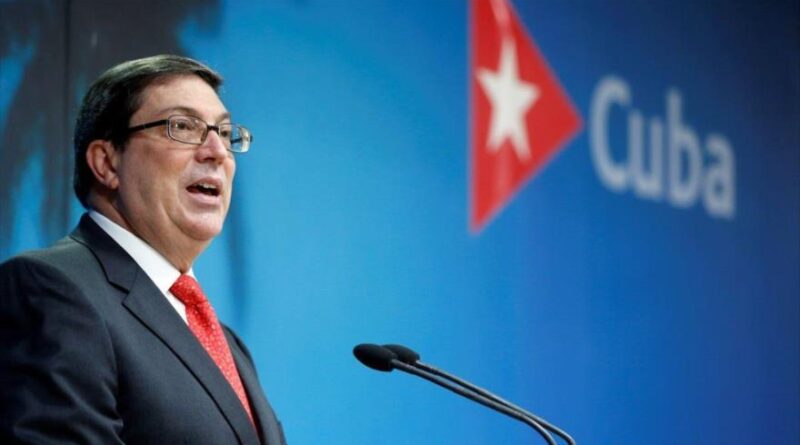 This Wednesday, July 28, Cuba’s Foreign Affairs Minister Bruno Rodríguez celebrated the decision by the majority of member nations of the Organization of American States (OAS) to refuse to hold a permanent session called to discuss the “situation” on the island.

“The representative government of Cuba defeated the anti-Cuban maneuver in the OAS,” wrote Rodríguez on Twitter. “The rejection by a majority of member states forced the suspension of the Permanent Council.” Rodríguez thanked the countries “that defended Latin American and Caribbean dignity.”

The Permanent Council of the OAS, the organization’s executive body made up of its 34 active members, planned to hold the session this Wednesday. However, Washington Abdala, president of the permanent council, reported that “after receiving proposals from some countries” it was decided to postpone the meeting to “carry out any useful consultations.”

RELATED CONTENT: Western Left Intellectuals and Their Love Affair with the Attempted ‘Color Revolution’ in Cuba

Abdala added that he has asked the organization’s Secretariat for Legal Affairs for a report “regarding the situation in Cuba in relation to the OAS,” which will be shared with the delegations when it becomes available.

“Not knowing what is happening in Cuba does not mean that the dramatic events do not continue to occur” he snapped, following DC’s script. “The reality, sadly, runs its course, it does not hide behind papers, statements or delays.”

“Campaign against Cuba”
Cuba has not participated in the OAS—headquartered in Washington, DC—since 1962. “The next shameful step to be announced in the sinister plan against Cuba is the imposition of the OAS Permanent Council,” President Miguel Díaz-Canel wrote on Twitter on Tuesday.

Meanwhile, the Cuban foreign affairs minister stressed that in “its campaign against Cuba,” the US is trying to impose a meeting of the OAS council, an organization that “is at the service of Washington and supports attempts at isolation, military interventions, and coups in the region.”

The Biden administration recently announced the imposition of new sanctions against Cuban officials for alleged “abuses against protesters” during the small but violent protests that took place in some parts of the island on July 11. The police “repression,” largely limited to arrests of those who instigated violence, was far below the levels recorded recently in Colombia, Chile, France, the United States, and many other countries, for example.

For its part, Cuba accused the United States of lying when referring only to peaceful protesters, without acknowledging that “violent acts” were recorded during the mobilizations, and assured that Washington, DC “has absolutely no moral authority” to demand the release of people detained in the protests.

“All the legal and procedural guarantees for the detainees are being fulfilled in Cuba,” the Foreign Affairs Minister clarified.