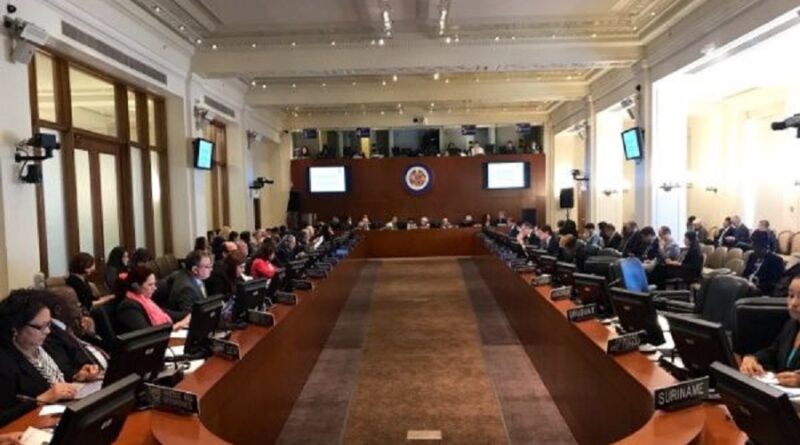 On Tuesday, July 27, Cuban authorities denounced the Organization of American States (OAS) for its announcement of a discussion related to Cuba, to be organized by the Permanent Council of OAS at the request of the United States. Cuban President Miguel Díaz-Canel called the matter a shameful step in a macabre plan against Cuba, in which the OAS would be called to play its sad role. Díaz-Canel posted this on a comment in his Twitter account.

On July 26, Cuban Foreign Affairs Minister Bruno Rodríguez had denounced that the US was trying to impose a meeting of the Permanent Council of the OAS, an organization which, he said, is at the service of Washington’s interests and has supported its attempts of isolating certain countries as well as its military interventions and coups in the region.

The OAS announced that it intended to convene its Permanent Council to an extraordinary online session, on July 28 at 10:00 a.m. EST, in order to “analyze” the situation in Cuba, after the violent riots that took place in the Caribbean island country on July 11.

Cuba has not been a part of the OAS since the 1960s and therefore does not recognize it as having any authority or mandate to express its opinion or discuss Cuban affairs. Rodríguez called the OAS a “ministry of the Yankee colonies.”

The OAS announcement came after the publication of a letter in which 19 countries, led and promoted by the United States, had condemned the July 11 events, despite not having any international mandate to make such an assessment. Among them were five Latin American countries.

Cuba blames the United States for having taken advantage of the complicated economic and epidemiological situation in the island, exacerbated by the blockade imposed by Washington to promote destabilizing and subversive maneuvers against Havana.

Featured image: The Permanent Council of the Organization of American States convened to discuss Cuba, at the behest of the United States. Photo: Telesur