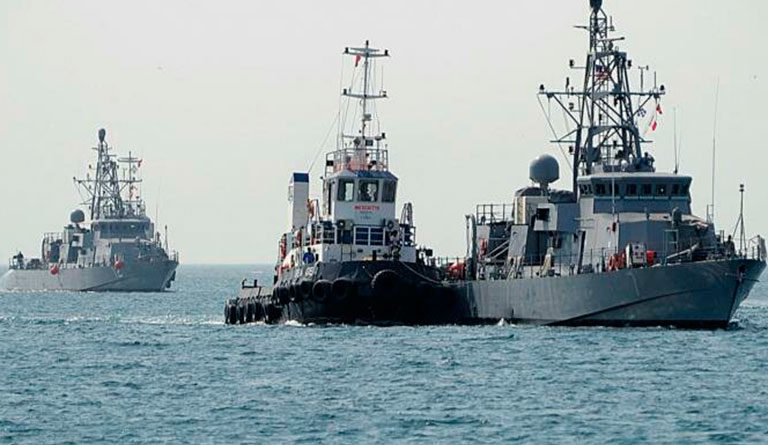 A report of the naval situation corresponding to this Monday, highlights that four US warships were detected sailing in the Caribbean. The information is contained in a report prepared by a monitoring group following the Multinational Fleet of the Southern Command, deployed in the Caribbean on the orders of President Donald Trump since last April 1.

In the forefront of these four ships, there is a formation with two of them, among which it is presumed that the USS Detroit LCS7 may be sailing alongside another unidentified ship. They are located about 100 miles south of Jamaica, that is, 500 miles from Paraguaná, Falcón. The other two ships come at 100-mile intervals. The last ship is the USS Kansas City LCS22.

France, the United Kingdom and the Netherlands (Holland) accompany the United States in their deployment throughout the Caribbean. It was learned from open sources that the French amphibious assault ship DixmudeI has been carrying out helicopter support on the islands of Martinique and Saint Martin, therefore, it must be in that region of the Caribbean, the report states.

“A US false positive could still be in the making to promote a reaction from our country, in an attempt to legitimize military action,” the document indicates.

The European Multinational Naval Task Force continues to operate with precautions, due to preventive measures against Covid19. Air operations in the Caribbean begin to intensify; in fact, this Monday a SAR 2051 aircraft was operating around Martinique.

This intensification coincides with the deepening of a military crisis in the United States, caused by the way it was tackled by the coronavirus outbreak in the Navy of that nation. It was learned from open sources that two titular members of the US Chiefs of Staff Board did not participate in the meeting with Trump in recent days, as one was infected with Covid19 and the other had contact with a positive case. These are the Secretary of the Navy and the Chief of the National Guard Bureau.

“We could expect greater pressure towards our country, as a consequence of the capture of the mercenaries of Operation Gideon,” warned the monitoring team made up of Venezuelan Vice Admiral Luis Alfredo Torcat Sanabria, Admiral Orlando Maniglia and Colonel (Ej) Humberto Nieves.