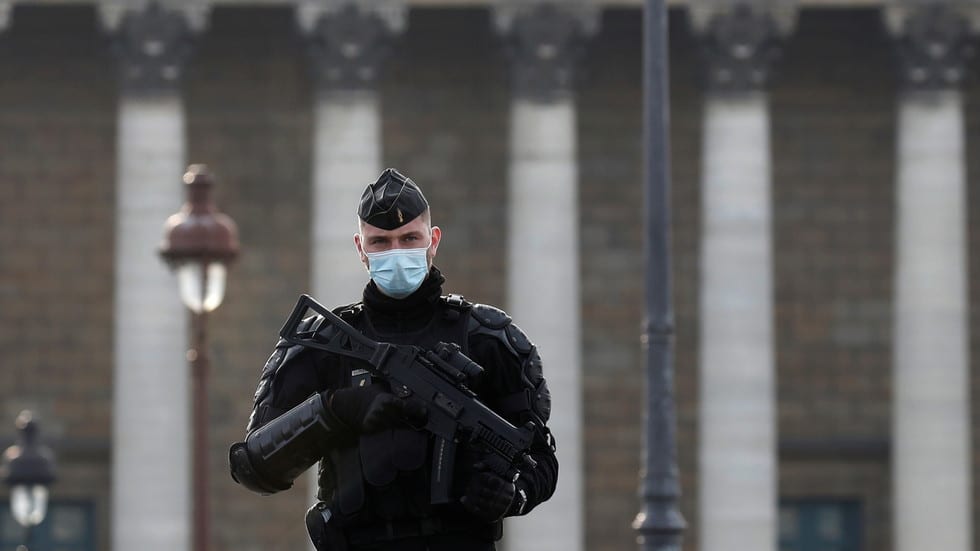 November 24, 2020.-  French lawmakers have given the green light to a controversial security law clamping down on the publication of images of on-duty police officers, which has been pushed by President Emmanuel Macron’s government.

After a four-hour debate on Tuesday, members of the National Assembly, the lower house of France’s parliament, backed the Global Security Bill (which translates as Comprehensive Security Bill) by a majority of 388 votes to 104, with 66 abstentions.

The vote follows weeks of protests across France over the proposed legislation, including clashes in Paris on Friday, at which police were filmed pushing demonstrators and reporters.

The bill gained initial approval on Friday and is now to be brought before the French Senate in January, but must be referred to the Constitutional Council before it comes into force.

Under Article 24 of the bill, those caught distributing images of on-duty officers “with the aim or harming their physical or psychological integrity” are liable to a fine of up to €45,000 ($53,360) or a year in prison.

The bill also allows for greater powers for French police and the deployment of surveillance drones to ensure the law is upheld.

RELATED CONTENT: 80 Years Ago: Fall of France, the Wehrmacht’s Advance Through the Ardennes Forest

On Monday, European Commission spokesperson for Rule of Law, Christian Wigand, warned that journalists must be allowed to do their job without being penalized.

“The Commission is refraining from commenting on bills, but it goes without saying that in times of crisis, it is more important than ever that journalists can do their work freely and safely,” he said.

Speaking after Tuesday’s vote, French Prime Minister Jean Castex defended the motives of the bill, describing it as an “an excellent text.”

He said that there was “no question of preventing anyone from filming or broadcasting images that would shed light on a fact or an event of a public nature,” and added that from this week he would hold talks with journalists’ unions and representatives of the French media.