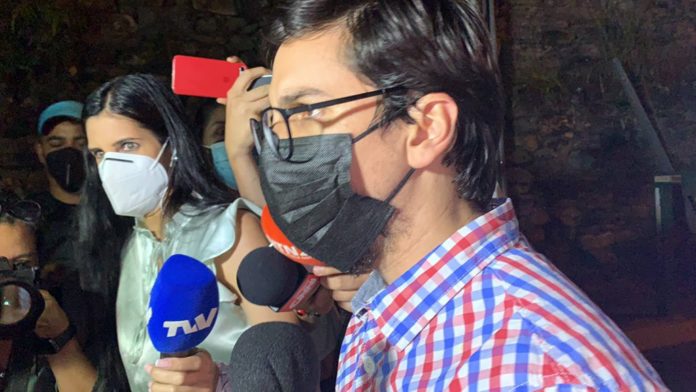 Venezuelan opposition politician Freddy Guevara is free to join the dialogue process taking place in Mexico as a member of the delegation that represents the extreme right. Guevara spoke to the media in Caracas, on Sunday, August 15.

In addition, international news agencies reported that “in Mexico, Guevara could replace Carlos Vecchio”—the current representative of former deputy Juan Guaidó before the US, who calls himself “ambassador” in the North American country.

When speaking to the press minutes after his release, Guevara stated that he has “zero political information” when asked about the reasons for his release.

He added that he is not clear about the conditions of his release, and said that he will meet with his lawyers to find out the details regarding the legal measures taken.

According to international media “Maduro’s negotiators had opposed Vecchio’s presence when the two sides met on Friday to sign a memorandum of understanding to set up negotiations. They demanded that he resign as ambassador if he continued as a negotiator, a condition that the opposition finally rejected.”

Judicial measures
On July 12, the Venezuelan Public Ministry confirmed that Guevara was deprived of his liberty by officials of the Bolivarian Intelligence Service (SEBIN) due to “his links with extremist and paramilitary groups associated with the Colombian government.”

Following his detention, in light of the notorious and public criminal trajectory of Freddy Guevara as the protagonist of multiple acts of violence in Venezuela, the prosecution then announced that he would be charged with the crimes of terrorism, an attack against the constitutional order, conspiracy, and treason against the state.