After completing the first phase of the negotiations between the Bolivarian Government and opposition elements in Mexico, President Nicolás Maduro stressed this Monday, August 16, that there are expectations of a a direct dialogue with the US administration.

In a press conference offered from the Miraflores Palace in Caracas, the Venezuelan president confirmed his willingness to address bilateral issues with representatives of the White House and respond to the need to address the impact of policies from abroad on Venezuela.

“I believe that we began to move through the solution with the first step, to dialogue with the opposition elements that are in the sphere of influence of the United States and the European Union,” said Maduro, nothing that this process already represents an indirect dialogue with the White House. 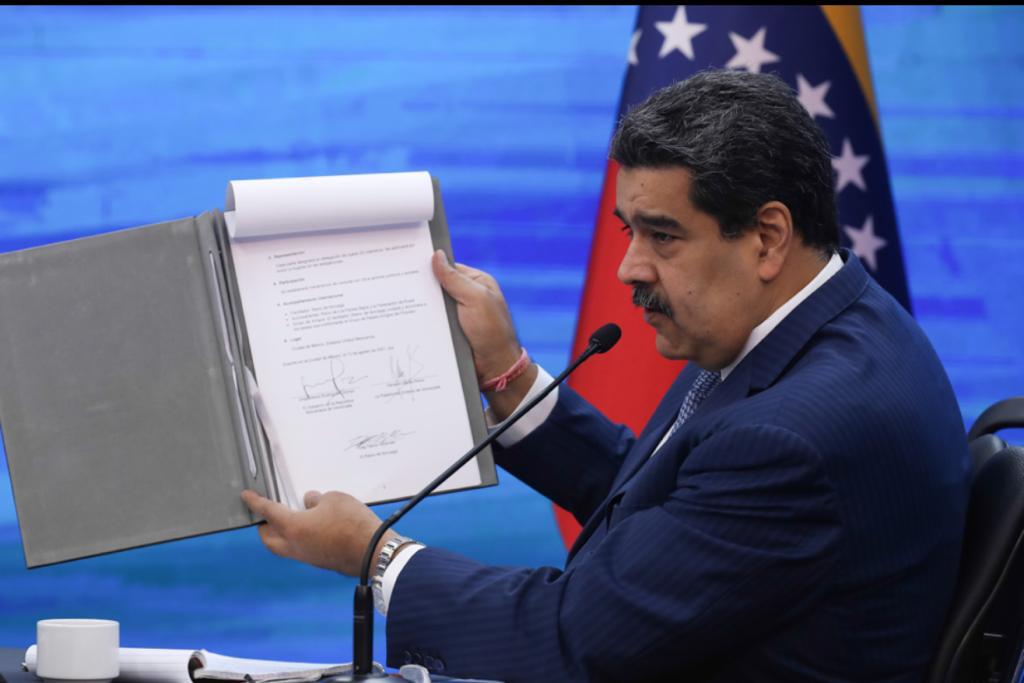 President Nicolás Maduro said that everything would be easier if the elites who govern the United States would use a bit a of good sense. Instead they constantly demonstrate hatred and contempt for the government and the people of Venezuela.

“At the Mexican table we are going to propose the opening of a direct dialogue with the US government to address all bilateral issues,” said Maduro. “We had an indirect dialogue, through various means, with the government of Donald Trump.”

President Maduro added that in 2020 there were secret meetings held in Mexico between his government, represented by Jorge Rodriguez, and Trump emissaries. Because the agreement was to hold secret meetings, said Maduro, the Venezuelan government did not make any public statements about this contact. He remarked that mainstream media in the North blacked out all information on the discussions.

The Venezuelan president disclosed that during the meetings the US delegation let the Venezuelan representatives know how much they despised former deputy Juan Guaidó and his “corrupt inner circle.” The US delegation made these comments despite the fact that it was the United States regime itself that instigated the unprecedented series of attempts to overthrow Maduro, both by violent methods and by installing a puppet parallel government led by Guaidó.

Early defeat
President Nicolás Maduro mentioned that the simple fact of arriving at the negotiating table in Mexico represents a defeat for former deputy Juan Guaidó, who proclaimed himself “president” of a supposed interim government in Venezuela, in January 2019.

When asked about the previous dialogue processes, Maduro responded that “they always had an element that was the interventionism of the United States—to try and subdue the opposition delegation that unfortunately on all occasions yielded to blackmail.”

He added that, if an agenda were put on the table, for example, US ambassador to Venezuela James Story would return to Caracas to do his job properly, and the Venezuelan chargé d’affaires would return to his duties in Washington.

“In the civilized world of the 21st century, the minimum is to have diplomatic relations, even if they are strained and tense,” Maduro concluded.