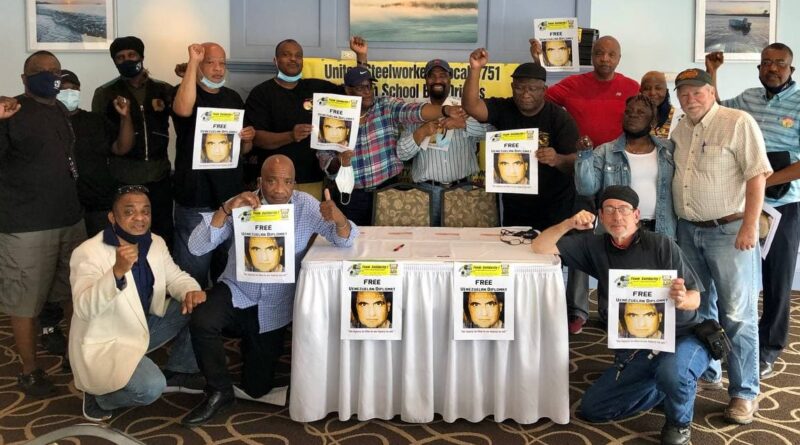 Caracas, June 4 (OrinocoTribune.com)—The International #FreeAlexSaab Solidarity Committee emergency delegation is about to land in Cape Verde, following a long trip that took it to Portugal, before boarding a plane for the Sal Island of Cape Verde.

The delegation to Cape Verde will evaluate the flagrant violation of Saab’s diplomatic immunity, and raise awareness of the humanitarian purposes of Saab’s work—providing desperately needed food, medicine, and essential supplies to US-blockaded Venezuela. This is the first international humanitarian delegation to examine the harsh conditions Alex Saab has endured for the last year.

During their trip the delegates posted several videos and photos about the case and their plans to address the case in Cape Verde.

From New York, Bishop Felipe Teixeira send a photo with a banner and a QR code directing people to the website for the campaign’s petition, which has already been signed by more than 15,000 individuals and organizations. 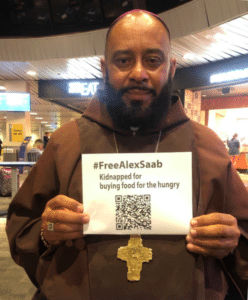 Before boarding the plane to Cape Verde the delegation posted several videos that were published on the Twitter account they have created to update the world about the work, @FreedomAlexSaab.

First they posted a call to the Chief of Police in Cape Verde, Natalino Correa, humbly requesting a meeting, due to the inconsistencies they have noticed in the irregular circumstances involved in the arrest of the Venezuelan diplomat Alex Saab.

In two additional short videos Pericles Tavares, a well known Cape Verdean politician accompanying the delegation, and Bishop Teixeira spoke about the relevance of the case to Cape Verde and Cape Verdeans, and about the traditions of solidarity among the Cape Verdean people.

Before boarding the plane to Cape Verde for the first humanitarian international delegation to #FreeAlexSaab, Pericles Tavares spoke (in Portuguese) about Cape Verde, human rights, solidarity and the relevance to the African island of Alex Saab’s case as a humanitarian issue.

In the video below, Bishop Felipe Teixeira explains in Portuguese why he considers that the government of Cape Verde should reconsider the case of Alex Saab, in the Cape Verdean tradition of respect for human rights.

The USW Local 8751, Boston School Bus Drivers, with a large proportion of Cape Verdean members, was also very active in this cause, and prepared a video with some of their members chanting “Free Alex Saab” as a gesture of support for the delegation and of support for the Venezuelan diplomat.

The international delegation will have a busy schedule upon its arrival to Cape Verde with media (television and radio) engagements, meetings with social and political leaders, and of course meeting with Alex Saab to verify living conditions under his unique form of house arrest.