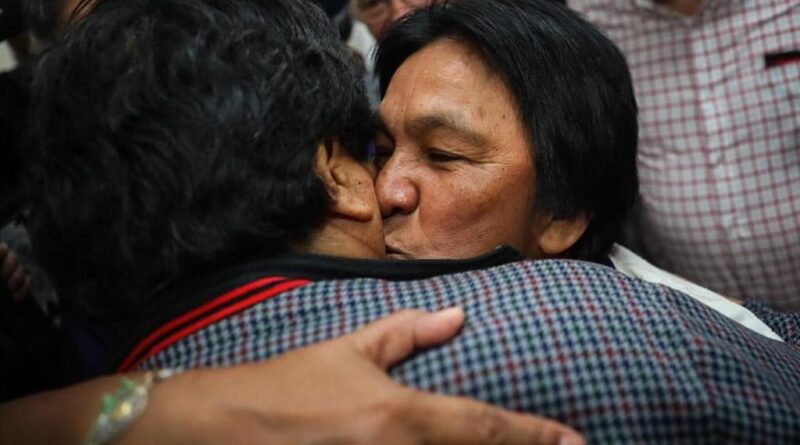 January 16, 2021.-  Five years after the arbitrary detention of Milagro Sala and her colleagues from the Túpac Amaru Neighborhood Organization in Jujuy Argentina, we raise our voices to demand once again an end to the judicial process that, without any evidence, tried to break Milagro and destroy a grassroots organization that, under her leadership, was able to bring together the most vulnerable sectors; the indigenous, the unemployed, women and youth, to generate work, schools, housing, and cultural and sports spaces for children and their families. Milagro’s crime was to try and raise her community out of poverty and neglect in a society they were locked out of.

Milagro was accused without evidence of different crimes that to this day have never been proven, as were her fellow members of the organization. She is still being held under house arrest. The media did their part of the lawfare: the dirty work to denigrate her with a fierce media campaign, which showed contempt for her status as a woman and an indigenous person.

RELATED CONTENT: Argentinean Social Leader Milagro Sala: The US Made a Lot of Progress in Latin America (Interview)

They never said that Milagro Sala and her organization laid bare the Jujuy oligarchy, confronting the dark interests of Governor Gerardo Morales, the main instigator against Milagro and the Tupac people, days before taking over the odious Macri government, which was also complicit in her illegal arrest.

The High Court of Justice of Jujuy will have to explain to the world the violation of rights, the absence of due process and all the violations of human, civil and political rights that Milagro Sala, the authentic leader and Deputy of Parlasur, has suffered to this day.

Those who handed over the country’s wealth and condemned it to an immoral and unpayable debt must be the ones in prison. Those who emptied public works, education and hospitals, those who caused the dismissal of hundreds of thousands of workers, the intellectual and material authors of lawfare who criminalized those who really defended the people.

RELATED CONTENT: An Interview with Resumen Editor Carlos Aznárez: “We Need to Unite all the New and Old Insurgencies”.

We join the voices that in Argentina and the world embrace Milagro Sala and her comrades of the Tupac Amaru Neighborhood Organization, together with them we demand her full freedom and that of all political prisoners.

In these difficult years, your resistance was an example that inspired us. From Cuba, Brazil, the United States, France, Chile, Lebanon we embrace you with all our love.