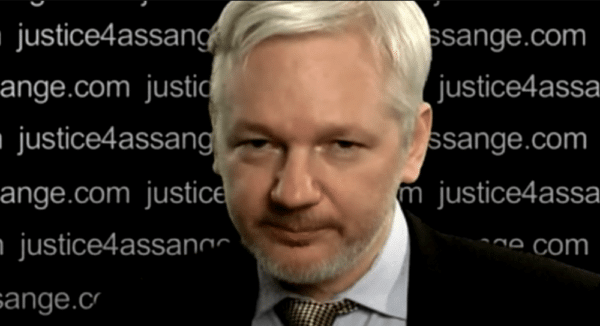 What It Will Take To End This Political Case?
The legal systems in the United Kingdom and the United States will not spare WikiLeaks founder Julian Assange. The only way this political case will end is if U.S. officials conclude the cost is no longer worth the benefit of making an example out of him. Support for prosecuting Assange comes from within U.S. intelligence agencies (particularly the C.I.A.), the U.S. State Department, the U.S. Defense Department, the national security division of the U.S. Justice Department, the U.S. Attorney’s Office in the Eastern District of Virginia, and several influential senators and representatives in the U.S. Congress. On December 10, the British High Court of Justice granted the U.S. government’s appeal in the extradition case against Assange and significantly increased the likelihood that he will one day be transported to the U.S. for an unprecedented trial involving charges under the Espionage Act.

President Joe Biden’s administration won their appeal on Human Rights Day, a day marked by countries that are part of the United Nations. The U.S. State Department also hosted a virtual “Summit For Democracy” to coincide with Human Rights Day. Not a single official in Biden’s administration was willing to comment or defend prosecuting Assange. For example, the Justice Department told Newsweek after the High Court decision, “We are pleased by the ruling and have no further comment.” White House press secretary Jen Psaki was asked hours after the U.S. prevailed, “What is your response to the message in some quarters that prosecuting Assange is an assault on freedom of speech, freedom of the press, information, etcetera?”

Psaki would not answer the question. Instead, she pointed to the brusque and cocky statement the Justice Department gave Newsweek. Then she mentioned “freedom of media and press” was a “central component” of the Summit For Democracy.

‘An Inherently Political Witch Hunt’
U.S. officials may sincerely believe all the allegations against Assange are reasonable and necessary to defend “national security,” but that does not mean they are entirely unaffected by condemnation, especially when newspaper editorial boards, civil society organizations, and political leaders in allied countries call out a major contradiction. Julian Hill, a member of the Labor Party in Australia, reacted, “The hypocrisy of the United States administration is profound and growing. President Biden announced a new initiative on ‘press freedom’ at his democracy summit, yet his government is hounding Assange for journalistic activities.”

“This Australian, who exposed U.S. war crimes, is treated worse than a war criminal. He is not receiving a fair trial. There will never be a legal solution to this case. It is an inherently political witch hunt. The Australian government must stand up to the U.S. and the U.K., and stop this extradition.” The editorial board for the Sydney Morning Herald declared, “At a time when U.S. President Joe Biden has just held a summit for democracy, it seems contradictory to go to such lengths to win a case that, if it succeeds, will limit freedom of speech.” “Opening his ‘Summit for Democracy’ this week, Joe Biden urged his guests to ‘stand up for the values that unite us,’ including a free press,” the Guardian’s editorial board stated. “The U.S. president boasted of his new initiative for democratic renewal, including measures to support an unfettered and independent media: ‘It’s the bedrock of democracy. It’s how the public stay informed and how governments are held accountable. And around the world, press freedom is under threat.’”

Guardian editors added, “Yet the U.S. government itself is endangering the ability of the media to bring to light uncomfortable truths and expose official crimes and cover-ups.”

Committee to Protect Journalists’ director Robert Mahoney stated, “The U.S. Justice Department’s dogged pursuit of the WikiLeaks founder has set a harmful legal precedent for prosecuting reporters simply for interacting with their sources.” “The Biden administration pledged at its Summit for Democracy this week to support journalism,” continued Mahoney. “It could start by removing the threat of prosecution under the Espionage Act now hanging over the heads of investigative journalists everywhere.” “This ruling marks a bleak moment for journalists and journalism around the world, on the very day when we should be celebrating the awarding of the Nobel Peace Prize to two journalists and urging states to uphold the commitments to media freedom they have just reaffirmed at the US-led Summit for Democracy,” said Reporters Without Borders international campaigns director Rebecca Vincent. “We call on the U.S. government to truly lead by example and close this case now before further damage is done.”

The Double Standards Of The U.S.
This type of opposition has the potential to frustrate U.S. officials as they engage in what they describe as “great power competition” against China. Following the decision, which struck another blow against press freedom, Chinese Foreign Minister Wang Wengbin stated, “I have taken note of some media comments saying that the Assange case fully exposes the double standards of the U.S. on the issue of ‘freedom of the press and speech.’ “It seems that anyone can enjoy ‘freedom of the press and speech’ as long as they refrain from criticizing or disclosing the unspeakable crimes committed by the U.S. Otherwise, they may end up behind bars like Mr. Assange.”

“When the U.S. once again calls for safeguarding ‘freedom of the press and speech,’ people will remember what happened to Mr. Assange,” Wengbin concluded.

The Biden administration is committed to challenging countries they classify as authoritarian regimes by claiming democracy is better suited for governing citizens. This is message is offered to preserve American influence in the world. Yet in November 2020, when a BBC News correspondent confronted Azerbaijan President Ilham Aliyev on his press freedom record, he responded, “How do you assess what happened to Mr. Assange? Is it a reflection of free media in your country?” “You kept that person hostage [in the Ecuador embassy], actually killing him morally and physically. You did it, not us, and now he is in prison. So you have no moral right to talk about free media when you do these things.” Aliyev singled out the British government, but every word he spoke applied to Western governments, which pressure leaders in countries like Azerbaijan to end brutality toward journalists while engaged in attacks on freedom of the press.

•  These statements are part of the cost of the United States’ commitment to making an example out of Assange. They represent a further erosion of credibility at a time when U.S. influence is in decline as the world becomes more multipolar and less dependent. A coalition of media advocates and Assange supporters successfully pressured multiple parliamentarians in Australia to speak out in opposition. Several op-eds from supporters appeared in the Sydney Morning Herald. In France, Germany, Spain, and the U.K., this is the kind of organizing taking place to increase pressure on the Biden administration. Given the massive corruption at the core of the case against Assange, it is easy to feel numb—like political elites who support a CIA-backed campaign of revenge are not capable of being shamed into backing down. However, to accept extradition and a trial as a foregone conclusion is to resign our collective selves to a future, which likely ends with Assange in a body bag.

What the moment demands is confrontation through an array of tactics proven to have impact on those in power, where a mirror is held up to show elites what the U.S. has become and all that has been lost in the pursuit of Assange. Call representatives and senators in Congress. Attend any type of town hall events that may be convened by your representative or senator. If your representative or senator is speaking at a local event, find out how to participate in the question-and-answer portion. If any Biden officials are speaking at an event, make your question one about Assange.(You may carefully consider the risks ahead of time and interrupt a representative, senator, or Biden official if there is no Q & A. Have someone record you, as you’ll want to make sure you have full video of security dragging you out after you share your protest.) How about a hearing on Capitol Hill that openly challenges the first time in history that the U.S. government has brought charges against publisher under the Espionage Act? The majority of executive editors at major newspapers are against the charges. But there is much, much more they should do to make their opposition loud and clear to officials. They can start by refusing to accept “no comment” as an answer when they ask officials about major developments. What are Biden’s views on the case? What do any of the secretaries in Biden’s Cabinet believe? How supportive are they or is the administration’s support lukewarm overall? Does William Burns, Biden’s CIA Director, share his predecessors’ obsession for inflicting harm against Assange and WikiLeaks? The public does not know because the White House has cynically invoked the independence the Justice Department is supposed to have from a U.S. president to justify their radio silence. (Keep in mind officials in President Barack Obama’s administration did not wait to endorse criminalizing Assange when the documents at issue in this case were first published in 2010 and 2011.)

Press freedom organizations have done quite a lot, but it would have a tremendous effect if the Committee to Protect Journalists stopped excluding Assange from their annual prison census of jailed journalists. Amnesty International can also step up and designate Assange as a prisoner of conscience. Assange and his legal team face limitations within a legal system setup to put the relationship between the United Kingdom and the United States ahead of the life of a journalist, who exposed war crimes, torture, diplomatic misconduct, and numerous examples of corporate and political corruption. However, citizens around the world are not shackled by procedures or rules in the judicial process. I am no organizer, but I recall Howard Zinn, who understood, “History does not offer us predictable scenarios for immense changes in consciousness and policy. Such changes have taken place, but always in ways that could not be foretold, starting often with imperceptibly small acts, developing along routes too complex to trace.” “All we can do is make a start, wherever we can, to persist, and let events unfold as they will.” We do not know what combination of small acts will ultimately convince the Biden administration to end this prosecution once and for all, but we do know that through small acts—and by amplifying all the major contradictions—it is possible to free Julian Assange.