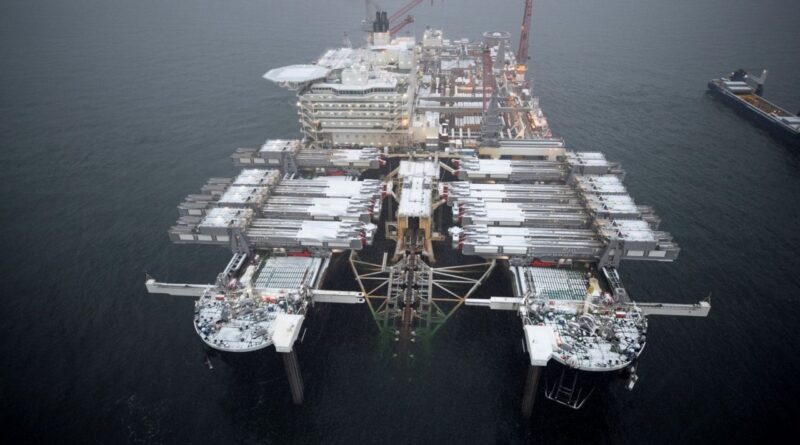 The German government has dismissed renewed threats of US sanctions and vowed to complete a controversial gas pipeline with Russia.

“No country has the right to dictate energy policy to the European Union. And it will not work,” Heiko Maas, the German foreign minister said. “Sanctions are definitely not the right way to go between partners.”

“We are incensed at these blackmail threats from the US,” Manuela Schwesig, the regional prime minister of Mecklenburg-West Pomerania, said in the most outspoken response yet by a senior German official. “This is not how friendly countries treat each other.”

The US is attempting to block the planned Nord Stream 2 pipeline, which will allow Russian gas to be pumped directly to Germany, and has threatened to impose sanctions on any business that takes part in the project.

RELATED CONTENT: 80 Years Ago: Fall of France, the Wehrmacht’s Advance Through the Ardennes Forest

Ms Schwesig reacted furiously after a group of US senators led by Ted Cruz, the former presidential candidate, sent a threatening letter to a company that operates a major port in her region.

“If you continued to provide goods, services, and support for the Nord Stream 2 project, you will endanger the future financial survival of your company,” the senators warned the Sassnitz port company on the island of Rügen.

“This won’t change our attitude. We are determined to see the pipeline completed as soon as possible,” a defiant Ms Schwesig responded.

The controversial pipeline has been nine years in the making, and is nearing completion despite US attempts to block it.

Germany says Nord Stream 2 is vital to ensure its future energy security. The US argues it will leave western Europe too dependent on Russia for its energy needs, and weaken Ukraine by bypassing it.

The project was delayed last year after a Swiss company pulled out of laying the final undersea sections of pipeline following similar threats from Mr Cruz and other senators. Since then Russian ships have resumed work on laying the final sections.

The pipeline will be wholly owned and operated by Gazprom, the Russian state-owned energy company.

But many in Germany believe the real motivation for the US’ attempts to block the project is a desire to corner the market for its own liquefied natural gas exports, and the German press has focused on Senator Cruz’s links with the US oil industry.

The European Commission has backed Germany over the stand-off. “The extraterritorial application of sanctions violates international law,” a spokesman told Germany’s Handelsblatt newspaper.