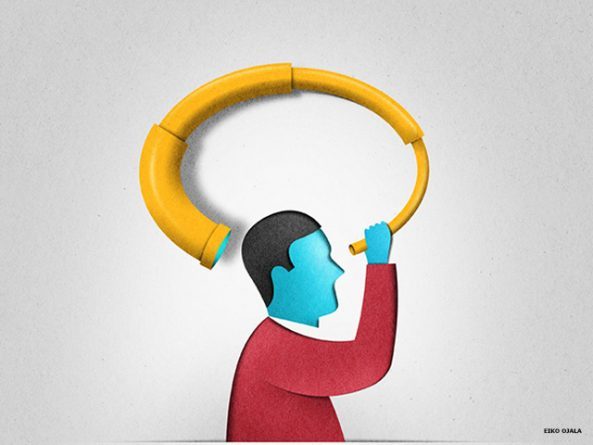 Since his self-proclamation as “president in charge” of Venezuela, on January 23, the opposition deputy Juan Guaidó has called several demonstrations/marches in the country. Most of these have been intended to measure the turnout his true presidential aspirations have. However, these strategies have not had the expected support.

Here is an account of the mobilizations called by the Popular Will (Voluntad Popular) militant, when we are about to witness his most recent D-Day, the “largest mobilization in history” next May 1, International Worker’s Day (can you imagine?).

A group of anti-chavistas marched on Wednesday, January 23, in the El Rosal area of the Chacao municipality to accompany Guaidó’s self-proclamation as president of the Republic. This march culminated in a violent confrontation between guards and members of the Bolivarian National Guard (GNB). One has to admit that this has been the biggest mobilization they have had this year, very similar in  numbers to the Chavista demonstration that happened the same day in Caracas. You can see Orinoco Tribune coverage here.

Supporters of the opposition in the Pedro María Ureña municipality of the Táchira state remained waiting for the opposition parliamentarian Juan Guaidó, who had planned to join the mobilization called within the framework of the delivery of “humanitarian aid”.

In Caracas, supporters of the opposition took the Francisco Fajardo highway and gathered on the outskirts of the La Carlota military base to demand that the Bolivarian National Armed Forces (Fanb) allow the alleged “humanitarian aid” into the country.

Plaza Alfredo Sadel de Las Mercedes , in Caracas, there gathered a small group of supporters of the deputy to the National Assembly (AN) in contempt and self-proclaimed “interim president” of Venezuela, Juan Guaidó, who arrived in the country after a tour around several Latin American nations.

RELATED CONTENT: “You See Him From Below and There is Nothing”: Opposition Analyst on Guaido (Video)

A small group of people attended the rally called by the self-proclaimed “interim president” of Venezuela, Juan Guaidó, on Victoria Avenue in Caracas. A similar situation occurred in the other points of concentration: Los Ruices, Caricuao, El Junquito and Caurimare.

That same day a group of hooded demonstrators blocked the Francisco Fajardo highway in both directions, at the height of Las Mercedes. With an allegedly peaceful attitude, but armed with stones and sticks, these opposition supporters used some vehicles to block the passage through this important road of the capital.

In the Plaza Altamira, followers of the right besieged a metrobus unit , belonging to the surface system Metro de Caracas, which traveled along the Francisco Fajardo highway.

On the other hand, inhabitants of El Valle, located in the municipality of Libertador, in Caracas, expelled the opposition deputy Juan Guaidó , who wanted to enter this community. The residents of the place rejected the presence of the militant of the orange awning (Voluntad Popular) and demanded that he retire and physically attacked his caravan. Thanks to the work of the Bolivarian National Police Guaido and his team could escape without a scratch.

You can see coverage from Orinoco Tribune about the Chavista demonstration happening the same day in Caracas, click here.

Supporters of the Venezuelan right, who attended the march called by the deputy Juan Guaidó around the beginning of “Operation Freedom” , blocked the Francisco de Miranda Avenue at the height of Altamira. This scenario forced drivers who were passing through the area to divert their route.

In Los Dos Caminos and El Marqués , points of concentration of the mobilization in the capital, we could corroborate the little presence of people who were in the vicinity of the place.

In the area of  El Rosal the number of people who joined the call was virtually zero. This was corroborated by the reporting team from LaIguana.TV.

The Chavista demonstrations that day on the contrary were amazing as you can see here.

The demonstration that took place on Wednesday afternoon, April 10, in different parts of the country was also attended by few people. The day, which was framed in the so-called “Operation Freedom”, consisted of street demonstrations to “achieve the cessation of the usurpation”.